On April 14, 2014, a Boko Haram gang attacked a girls school in Chibok, Nigeria. After killing the armed guards at the school, the gang kidnapped 234 girls and possibly a dozen adult staff members. The attack captured the attention of the Western media, and the kidnapped girls have become something of a cause celeb in the West.

Image of kidnapped girls released by Boko Haram.
From Voice of America

This is not the first time that Boko Haram has kidnapped children.

For several years, they have been enslaving girls and pressing boys as young as twelve into jihadi service with little notice by the international media. This particular attack generated so much attention because the children’s families were not present at the school to be murdered or kidnapped–something Boko Haram has done in the past. This time, hundreds of distraught community members survived to speak up for the missing girls. Western military and intelligence authorities have had an eye on Boko Haram for about ten years. In the last five years, they have been particularly violent. This latest caper has now made them a household name in the West.

One predictable response to the kidnapping comes from NBC’s Andrea Mitchell. According to Mitchell, the male-dominated U.S. government has been slow to respond due to sexism. In an interview with U.S. Senator Dianne Feinstein (D-California) on May 14, Mitchell stated, “It really calls into question whether the men in charge of our government, frankly, would have been responding more quickly, . . . despite Goodluck Jonathan, the president of Nigeria’s opposition, whether they would have been responding more rapidly if it had been schoolgirls, if it hadn’t been some other premise.” (This is an actual quote.)

I can rarely find a reason to praise Senator Feinstein, but on this occasion, she remained calm and was significantly more articulate than Mitchell. The Senator managed to state Mitchell’s botched question for her and answered it by responding with, “You mean if it had involved school boys? No.” To no avail, Mitchell feebly continued to press the point. U.S. Senators have more than enough work to do, and they shouldn’t have to conduct both sides of an interview.

So who are these latest media terrorist stars, and how might Western taxpayers  respond to them? 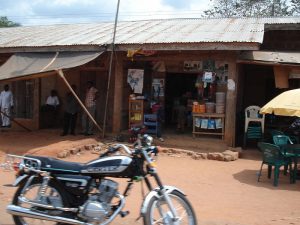 Who the Boko Haram are depends on who you ask. One common trait throughout the group’s members is their tendency to travel on motorcycles through the forests and deserts of northern Nigeria, making them an African Jihadi Biker Gang. A decent motorcycle is a Boko Haram terrorist’s most prized possession.

Generally, most Western media vendors view the Boko Haram as an al-Qaeda affiliate in Nigeria. Actually, the al-Qaeda affiliation is, at most, minimal, and, in my view, there is no clear evidence of any actual material support for Boko Haram from al-Qaeda. Also, the particular version of vaguely Islamic religious dogma that Boko Haram claims to be espousing is not a version of Islam that al-Qaeda would tolerate. Unlike the al-Qaeda Sunni mainstream, Boko Haram terrorists are loosely Salafi Muslims. Their vaguely identifiable founder that rose to prominence in the 1980s, Mohammed Marwa, a.k.a. Maitatsine, even said that Mohammed was not actually a prophet. In fact, if the Boko Haram lived in mainstream al-Qaeda neighborhoods, they would have to quickly convert to al-Qaeda’s brand of Islam or face execution. Calling themselves Islamic and conducting criminal rampages is enough to meet the al-Qaeda international membership standard, but only while they remain out of reach of true al-Qaeda.

Not all Western military and intelligence officials share my view. Some folks at the Pentagon and elsewhere feel that Boko Haram is a full-fledged al-Qaeda brand terrorist franchise. I disagree. In any case, though, Boko Haram style mayhem was popular in Nigeria long before al-Qaeda was born. Rebranding that mayhem has little impact on Boko Haram or on their victims.

Boko Haram is not a single organization. There are at least three major groupings of them spread across northern Nigeria. Their current maggot-in-chief, Abubakar Shekau, has direct control of perhaps half of the Boko Haram members. Many of the rest are spread out in remote areas and don’t seem to be under any command/control apparatus to a centralized leadership. It’s entirely possible that some of them have never even heard of al-Qaeda.

In spite of their lack of strong organizational skills, the Boko Haram are a significant problem for Nigerians. According to African news sources, they have murdered between ten and fifteen thousand civilians in the last five years and have kidnapped thousands more. They claim they are Islamic and want to institute Sharia law, but they constantly violate basic Sharia precepts themselves with their outright theft from and murder of Islamics, along with non-Islamics.

The Boko Haram’s basic reason for existing is stated as an anti-Western/anti-corruption agenda. Their name translates roughly to “Westernization is forbidden.” The rampant corruption and gross incompetence of the government of Nigeria has provided them with fertile ground in which to grow. However, the recent kidnapping of the 234 girls from the school in Chibok will likely further tarnish their image and further delegitimize them as a religious or anti-corruption group. 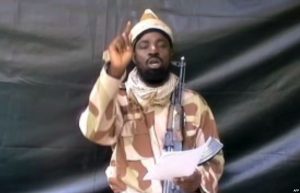 The Nigerian government has not shown itself capable of exercising legitimate authority over the northern half of Nigeria. They haven’t done a great job in southern Nigeria either. In 2010-2013, operations conducted by the Nigerian Army in northern Nigeria succeeded in driving Boko Haram out of their comfortable urban strongholds, but thousands of them remain at large in rural northern areas.

So precisely how “should” the West respond?

Western responses to the kidnapping so far have been understandably minimal. Given the prevalence of mayhem across Africa and the Middle East, and with a rampantly corrupt government in charge of Nigeria, what exactly can the U.S. and other Western nations commit in rescuing the girls?

Earlier this month during a visit to Ethiopia, U.S. Secretary of State John Kerry said, “The kidnapping of hundreds of children by Boko Haram is an unconscionable crime, and we will do everything possible to support the Nigerian government to return these young women to their homes and to hold the perpetrators to justice.” (The emphasis is mine.) Wow. Everything possible? When does the 1st Marine Division arrive in Nigeria, and when do the bombings start? Will we use nukes? Probably not. Those few members of Boko Haram that may have heard about Kerry’s threat are likely not too convinced.

Thus far, the Organization of African Unity has condemned the kidnappings. It is possible that they will eventually muster a military force to enter northern Nigeria to assist the Nigerian military in a campaign against the Boko Haram. Thus far, though the move was initially opposed by the Nigerian government, the U.K. has sent a small contingent of Special Forces to Nigeria. Both the U.S. and the U.K. are providing the Nigerian government with intelligence and reconnaissance information. The official position about whether or not there are U.S. Special Forces in Nigeria is not yet clear. The U.S. government thus far states that it is considering sending U.S. Special Forces to Nigeria.

What is completely clear is that any assistance given to the Nigerian government should not take the form of financial aid or military hardware. Nigeria has the natural resources required for the elimination of poverty and unemployment. What it lacks is an effective government. If the U.S. government decides to conduct anti-Boko Haram operations in Nigeria, it should do so directly. The state of the Nigerian national government clearly indicates that any aid in money or goods will be wasted and may possibly end up in the hands of Boko Haram or other similar gangsters. I have suggested to the Pentagon that NBC Chief Foreign Analyst Andrea Mitchell be parachuted into northern Nigeria to straighten things out. The Pentagon has yet to respond to my suggestion.

Without fundamental changes in the culture and government of Nigeria, outsiders have little chance of eradicating mayhem in that country. The U.S. taxpayers would have little stomach for any large-scale involvement there. However, it is possible that, with small-scale covert action backed up by drone operators and good reconnaissance, the kidnapped girls could be rescued. Any covert operation conducted by outsiders in Nigeria will only remain “covert” to the Boko Haram until the first shot is fired or the first drone attack is launched. Hope remains for the kidnapped girls, but for the broader problems in Nigeria, hope is in short supply.