ISIS–Who Are the Players, and Where Do They Stand? 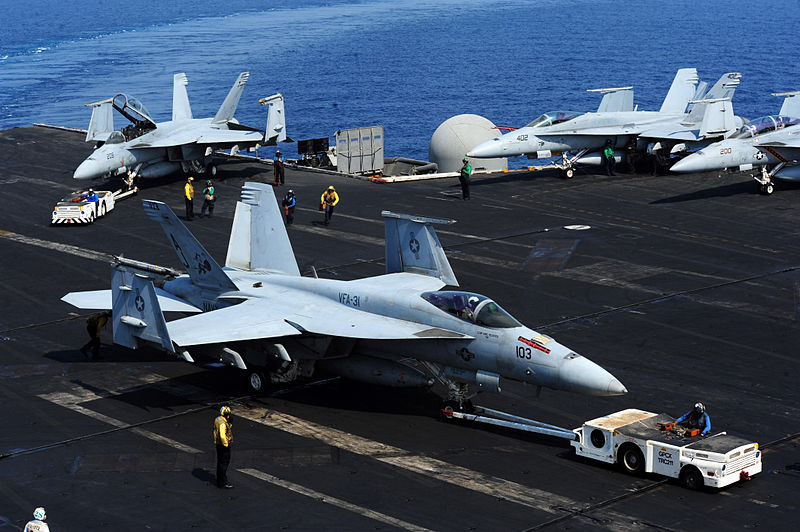 This week, ISIS remains a major news item. For the sake of continuity, we will continue referring to them as ISIS, but be aware that, in recent weeks, they have acquired more aliases than the average Brooklyn mob goon.

Since their defeat at the hands of the lightly armed but well organized Kurds of northern Iraq, ISIS has focused on training, recruiting, and re-establishing their local dominance in Syria. Even if ISIS were forced to retreat from all of Iraq, that would be of secondary importance to them as compared to maintaining their strongholds in Syria.

Where does Iraq stand?

The success of the Iraqi Kurds, with assistance from U.S. air support, was no surprise to anyone who knows or has studied the Kurds. It remains to be seen how well the Iraqi National Army will capitalize on the U.S. and allied airstrikes to recapture ISIS-held areas in their country. With Maliki no longer in charge in Iraq, and with so many Shia Iraqis rediscovering their long forgotten love of U.S. firepower, the ISIS offensive in Iraq is stalled for the moment.

If the new Iraqi government can deliver a closer approximation of “functioning government” than Maliki did, then Iraq should be able to eventually push ISIS forces out of their country. However, no amount of U.S. or anti-ISIS coalition airstrikes will push ISIS out of Iraq completely unless Iraqis take some responsibility for saving themselves by fielding a credible army and establishing and maintaining a functioning administration.

More recently, the U.A.E., Jordon, Saudi Arabia, and Qatar joined in coordinated airstrikes against ISIS bases and assets in their Syrian strongholds. Aircraft from Belgium and Denmark also joined in strikes in Iraq. Simultaneously, the U.S. stepped up aid to non-ISIS anti-Assad rebels in Syria. The trick is—and long has been—to assist the legitimate indigenous freedom fighters of Syria without accidentally funding and equipping ISIS or any “Ali come lately” ISIS wannabes.

What does ISIS mean to the Gulf States?

Fortunately, the Gulf States are now exercising more discretion in how they fund and arm anti-Assad groups in Syria. For most Gulf Sates, enemies of the Shia Iranians are their natural friends. In the case of ISIS, the supposed “friends” have become an even greater danger to their former benefactors in the Gulf than the danger presented by the Shia theocracy in Iran.

Even if all outside financing of ISIS were halted, and it pretty well has been, ISIS would not be bankrupt. For the last few months, they have skillfully built a strong economy based on violent tax collection, bank robbery, and oil sales. Note that the recent coalition airstrikes against ISIS included oil refineries as priority targets. Destroying ISIS oil export operations has the added advantage of making the Gulf States happy to participate in the air campaign. Anything that drives up oil prices is good news for the Gulf States.

How do the airstrikes benefit the coalition members?

While ISIS bases are being destroyed, ISIS is less able to plan and conduct effective terrorist strikes against its enemies. In the ISIS reality, its enemies, real or imagined, can be roughly defined as the non-ISIS segment of the human population. If nothing else, we can appreciate that ISIS is consistent and predictable. If it lives, and it is not ISIS, they want it dead.

Where is France in all of this?

During the last week, France made a moderate effort at conducting independent airstrikes against ISIS. It is not in the nature of French politicians to place their troops, ships, or planes under foreign control, so French efforts might remain independent and somewhat uncoordinated with US-led airstrikes. It’s possible that the French Air Force and Navy are quietly receiving refueling support, reconnaissance, and intelligence from U.S. forces. If that is so, it’s best that it happen quietly so that French voters can view French airstrikes as being a strictly French affair. Call it “Operation Les Belles Artes” if you like. As long as the bombs drop on suitable ISIS targets, it doesn’t much matter who dropped them or which national anthem they were humming at the time.

What are our allies in the U.K. doing?

Having settled the critical question of Scottish secession, the U.K. government turned some attention back toward ISIS. David Cameron called for the U.K. to join in airstrikes against the group, and it has done so to a minimal degree.

How is Syria’s largest neighbor, Turkey, reacting to the “ISIS crisis”?

The potential benefit of ISIS to Turkey comes from the fact that ISIS hates Iran. The group has destabilized the already-pretty-unstable pro-Iranian Iraqi government. 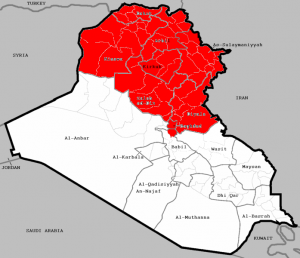 Map of airstrike areas in Iraq
image by JhonsJoe, CC3.0

One of the potential disasters is already manifesting itself in the form of hundreds of thousands of refugees flooding into Turkey. Some of those refugees are Syrian Kurds, and Erdogan’s secret target number of Kurds in Turkey is zero. Rather than having more Kurds moving into Turkey, Erdogan would prefer to get rid of the independence-minded Kurds that are already there. And yet, these refugees are close cousins of the Iraqi Kurds that are willing to export oil to and through Turkey.

ISIS captured over forty Turkish diplomats during its summer blitzkrieg in Iraq. On most days in the ISIS universe, Turks are “filthy western lapdogs.” Yet, rather than staging the usual “ISIS entertainment hour” publicly broadcasted beheadings of their Turkish prisoners, ISIS released them. Why? Western observers are asking what deal Erdogan might have made with the devil to secure the safe return of his diplomats. My suspicion is that any deal was likely brokered through Erdogan’s friends in Qatar and might have involved oil. However, in truth, Turkey needs ISIS to be defeated nearly as urgently as Iraq and the Assad regime in Syria do.

The view from my kitchen window here in the U.S. is different from the view from Turkey. I cannot see ISIS from my house. Erdogan, on the other hand, sees ISIS standing right past his border crossings with Syria. He needs the Sunni fundamentalists vanquished far more than we do, but when we decide that ISIS has been suppressed enough for our liking, we will stop bombing them, and they will still be across the border from Turkey.

Given the basic ISIS tenet that everyone outside of their direct control is their mortal enemy, it’s likely that any deals that Erdogan might have made with the devil will be null and void once the bombs stop falling on ISIS heads. As he so often does, Erdogan missed the easy play. ISIS will never be a friend to Turkey. In the long run, Erdogan further damaged Turkey’s relationship with its supposed NATO allies without obtaining any long-term benefit for his country. 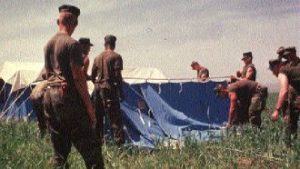 What is the Syrian point of view?

The Assad regime is grateful for the tactical windfall being delivered by its distant enemies against the closer and more immediately threatening ISIS forces in Syria and Lebanon. However, Assad and his gang cannot express any happiness with the U.S. or its allies. From the Syrian point of view, while ISIS is a threat to the Assad regime, once ISIS is substantially defeated, the Assad gang would be the next obvious target.

So what can we see in the crystal ball?

My best guess is that Gulf States will remain willing to cooperate just long enough to save themselves from ISIS. As the casualties mount for ISIS, the ISIS leaders will try to understand why their We Will Kill You All publicity campaign has failed them. If their current gangster-in-chief and/or enough of his closest pals are killed, ISIS might transform itself into a more publicity-friendly criminal enterprise and survive under some new name with a slightly less visible agenda of hate and destruction. When the dust from the bombs settles, the region will still be a hellish mess, but we in the West might succeed in avoiding or blunting major terrorist strikes by ISIS. If we can do so without investing more ground forces in the region, then we can declare a victory before moving on to the next “catastrophe du jour.”