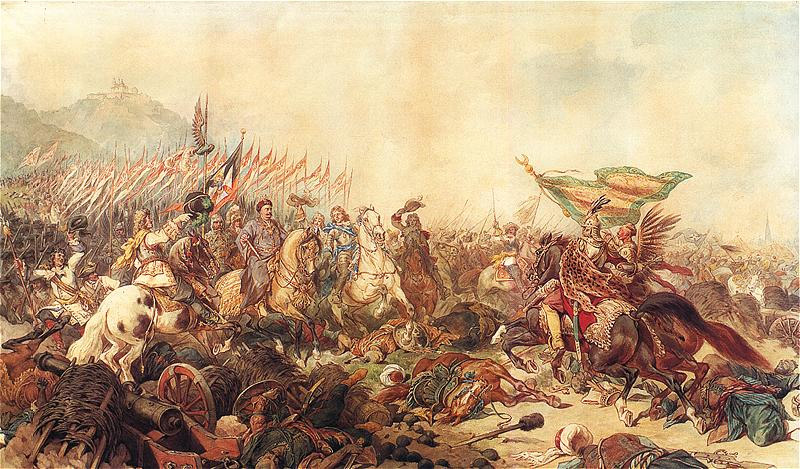 In 1682, Holy Roman Emperor Leopold I was facing the nightmare that had haunted Austro-German leaders for centuries—the Hapsburg Empire was threatened by simultaneous wars on two fronts. On the Rhine to the west, his German states were under threat from a broad coalition of protestant nations such as England, Sweden, the protestant German principalities, and Catholic France. To the east, his Hungarian kingdom was in rebellion. Leopold chose to pay minimal attention to the rebellion in Hungary and stationed the majority of his troops and artillery along the Rhine.

Eighteen years earlier, a twenty-year peace treaty had been agreed to by the Ottoman Empire and Leopold’s Holy Roman Empire. Facing simultaneous threats on two fronts, Leopold was anxious to conclude an extension of that peace treaty. From his Ottoman neighbors’ point of view, the time was ripe for an invasion of Europe. Ottoman Emperor Mehmed IV declined to extend the peace treaty and authorized Grand Vizier Kara Mustafa to prepare for an invasion of Leopold’s Holy Roman Empire.

Vienna had been a tempting prize for the Ottomans since they came to power in 1299. Located on a navigable portion of the upper Danube River at the eastern end of the Alps, the city had been a strategic trading hub since around 500 B.C. The Ottomans viewed Vienna as a potential base for the eventual conquest of all of Europe.

In 1529, Suleiman the Magnificent had led an Ottoman army to an expensive defeat at the gates of Vienna. (See Muslim Radicals Attack Vienna.) Kara Mustafa was determined to avoid Suleiman’s mistakes. The idea of succeeding where the great Suleiman had failed became an overriding force in all of Mustafa’s military thinking. 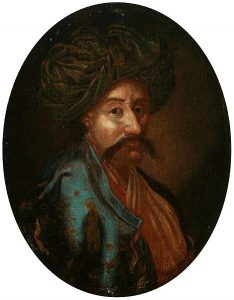 A more patient military leader might have advanced toward Vienna by successively conquering less heavily defended territories and eventually massing large forces closer to Vienna to attack that city without moving a large army over long distances. Such a strategy would have left the eventual conquest of Vienna to a future generation of Ottoman leaders. For Kara Mustafa, such a plan held no appeal. For him, the most important thing about capturing Vienna was that he be at the head of the Ottoman army that achieved that victory.

Instead of launching an Army westward as Suleiman had done in 1529, Mustafa invested heavily in improving roads and bridges leading into Europe while he amassed weapons, ammunition, and supplies at advanced bases. Mustafa wanted his Army to arrive well rested at the gates of Vienna in the summer of 1683. The plan made sense, but it had one drawback. The Ottoman preparations for a campaign to the west, along with their refusal to extend the peace treaty, did not go unnoticed by the Emperor Leopold. 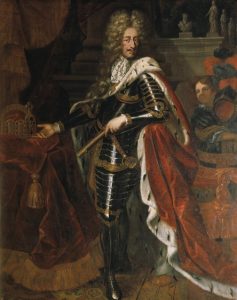 Leopold and his military leaders used the time wisely. They did two important things. They reinforced the walls of Vienna and lay in supplies and ammunition for their cannons, and they concluded a treaty for mutual defense with Polish King Jan III Sobieski.

On April 1, 1683, the Ottoman Army began its march toward Vienna. Unlike his predecessor in 1529, Kara Mustafa did not have to fight a significant series of battles to arrive at Vienna. But similarly to Suleiman, Mustafa had used the standard jihadi holy war spiel to whip up support for his campaign.

For Mustafa, his ambition to take Vienna was likely more personal than religious, but convincing thousands of troops to leave their families behind and risk their lives for the sake of their general’s vanity is never a good recruiting plan. On the other hand, the jihadi holy war marketing plan worked like a charm, but it came at a cost that Mustafa did not anticipate.

On the way to Vienna, the jihadi-inspired army raped and pillaged, as did many armies of the day. When they reached Perchtoldsdorf, Austria, on the way to Vienna, Mustafa offered the city the chance to surrender in exchange for the safety of the city’s inhabitants. The city surrendered, and Mustafa’s jihadis immediately sacked it.

Mustafa’s army arrived at the gates of Vienna on July 14, 1683, and demanded immediate surrender in exchange for safe passage for all the soldiers and citizens. However, the Viennese had heard about the slaughter at Perchtoldsdorf, and they had no intentions of surrendering. 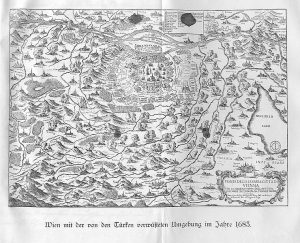 Estimates of the size of Mustafa’s forces vary widely depending on the sources. If we count the Tartar cavalry that joined Mustafa en-route to Vienna, it’s likely that he had approximately 190,000 troops at his disposal. Vienna had a garrison of 15,000 professional soldiers and 8,500 volunteers to defend the city. Also, further west, the Duke of Lorraine’s supporting force of 20,000 troops awaited reinforcements from Germany and Poland.

Based on the numbers of troops each side had on July 14, it seems that the Ottomans should have had an easy victory at hand, but when we consider the artillery that each side had, we discover why the Ottomans didn’t snatch a quick victory as soon as they arrived at Vienna. The Ottomans had 149 cannons ranging from light to medium size. The Viennese garrison had 370 cannons of medium to large size. The Viennese advantage in artillery was multiplied by the fact that they were in well-constructed battlements, whereas the Ottomans had no real defensive cover from which to conduct an artillery duel.

Mustafa was unaware that Poland and Germany were already sending a relief force to Vienna. Supremely confident in his position, he avoided an outright artillery duel and began mining operations to tunnel under the city walls. Mustafa hoped that after undermining and blowing up a significant segment of Vienna’s defensive walls, a portion of his vastly superior forces could rush the city. It was a reasonable plan, but it required time. 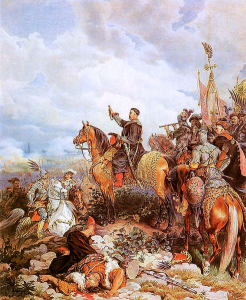 Unfortunately for Mustafa, Poland’s King Jan III Sobieski was not altogether reasonable. On September 6, 1683, a force of 37,000 Polish troops crossed the Danube River twenty miles NW of Vienna and joined with a relief force of 47,000 troops of the Holy Roman Empire. After some initial squabbling over who would take overall command of the army, Sobieski was given the job.

On the night of September 11, the combined Holy Roman and Polish army got its artillery up steep terrain to a commanding position on the right flank of Mustafa’s army. On the morning of September 12, as Mustafa was launching a final assault on Vienna, the relief force struck with artillery and infantry assaults against Mustafa’s right flank.

Kara Mustafa calculated that he still vastly outnumbered the combined forces of the Vienna garrison and Sobieski’s army. He continued the final assault on Vienna while ordering a portion of his army to defend against Sobieski’s attack. He also ordered that the thirty thousand Christian prisoners he collected en-route to Vienna be executed. 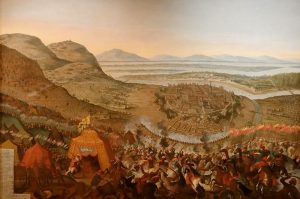 By the late afternoon, Mustafa realized that his assault on Vienna was failing and that Sobieski’s army was not defeated. He tried to realign his forces to deal a heavy blow against Sobieski’s relief force, but before he could get his army into a better disposition for attacking, an 18,000-strong fresh cavalry force swept down the slope against the Ottoman lines. Mustafa’s army broke. When the sun set on the battlefield that day, it was effectively setting on the Ottoman’s ambitions to conquer Europe.

Mustafa’s army lost around 20,000 men in the siege of Vienna. In their battle with the relief force, they lost an additional 40,000 troops. Mustafa retreated with the remains of his army to Belgrade.

On Christmas day in 1683, the Janissaries—Mustafa’s elite troops—received a message from the Ottoman ruler Mehmed IV instructing that Kara Mustafa be executed. The Janissaries used a silk cord to strangle Kara Mustafa. His head was delivered to Mehmed IV in a velvet sack.

Return from Vienna
Polish-Lithuanians leaving Vienna with their loot after defeating the Ottomans
Painting by Jozef Brandt, public domain

The Ottoman Empire endured for over two more centuries after their failed attack on Vienna, but it remained in a defensive mode for the rest of its history. In their final great foreign policy miscalculation, the Ottomans sided with the Austro-Hungarian-German powers against the European allies in World War One. In 1923, the Empire was dissolved and the modern state of Turkey came into being.