With or Without Archduke Ferdinand 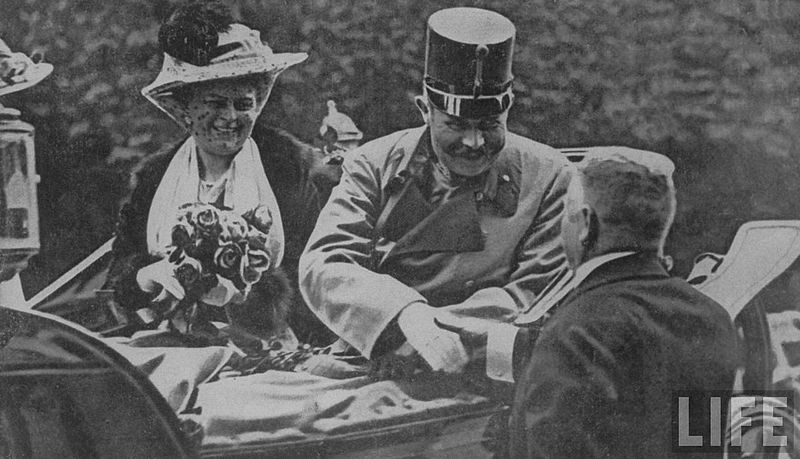 Conventional history widely attributes the cause of WWI to be the assassination of Crown Prince Archduke Franz Ferdinand of Austria by Serbian Gavrilo Princip. While the Archduke’s murder was the excuse for WWI, it was not the reason. Whether or not the Archduke had been targeted, the relevant parts of history would still read the same. 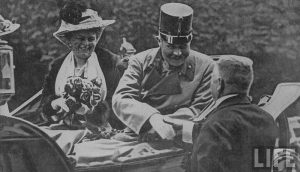 At the time of Archduke Ferdinand’s assassination on June 28, 1914, Germany and Austria-Hungary were poised, waiting for the right moment to strike.

They had already calculated that they could invade, capture, and annex Serbia before its ally, Russia, could mobilize a response. They assumed that, when presented with a fait accompli, Western Europe would protest loudly, but not mobilize against Germany and Austria-Hungary. They only needed an excuse. That excuse came in the form of Gavrilo Princip, a member of the anti-Austria-Hungary Serbian group Black Hand.

Princip has often been described as an anarchist. However, he was part of a popular movement that sought the formation of a new nation-state that would arise from the joining of Serbia, Herzegovina, and Bosnia. The nine-member conspiracy to assassinate the Archduke appears to have been arranged by the head of Serbian Army Intelligence, Dragutin Dimitijevik, without the knowledge or approval of the Serbian government.

Princip fired on the Archduke at close range, striking him in the neck and hitting the Archduke’s wife in the abdomen. Princip then turned his pistol on himself, but police and spectators took him under control before he could fire. According to Serbian law, he could not be sentenced to death because he had not quite reached his 20th birthday. Instead, he received a 20-year prison sentence. Princip died in prison of tuberculosis four years later. 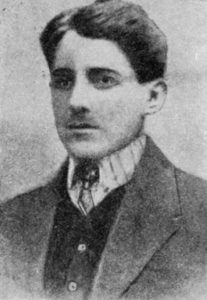 One of the terrible ironies of WWI is that the Austria-Hungarian royal family and its government might have eventually assassinated Archduke Ferdinand themselves.

He had become a source of consternation to his Hapsburg family by insisting on marrying Sophie Chotek. Chotek was a member of a royal family, but not a direct descendant of a European ruler, and, therefore, was not eligible to marry Crown Prince Archduke Franz Ferdinand of Austria. His royal relations and the leaders in Vienna were not pleased.

After the Archduke’s assassination, Austria-Hungary made one of the worst diplomatic moves in the history of mankind.

On July 23, 1914, Austrian diplomat Baron Giesl von Gieslingen delivered an ultimatum to the government of Serbia – a demand that it outlaw anti-Austria-Hungary statements and activity and arrest of groups that Austria-Hungary believed to be involved in the assassination, including the Black Hand. Austria-Hungary also demanded control of the Serbian investigation, and a reply within 48 hours. The Austrians and their German allies had carefully crafted this ultimatum to ensure a negative response. 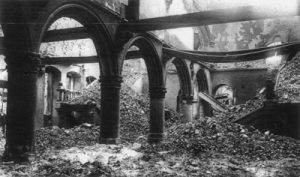 The next day, in response to Serbian pleas for help, Russia ordered a partial mobilization of its large, but poorly-equipped army. On July 25, Serbian Prime Minister Nicola Pasic ordered the Serbian Army to mobilize, and he personally delivered Serbia’s response to the Austria-Hungarian embassy. Serbia agreed to all terms but one – while it would allow international observers to participate in the investigation of the Archduke’s assassination, it would not violate its constitution by allowing Austria-Hungary to take full control of the investigation.

On the flimsy excuse that Serbia would not turn over the investigation, Austria-Hungary broke diplomatic relations and, on July 28, initiated WWI by declaring war on Serbia. With visions of what it thought would be a cheap victory that would expand the Austria-Hungarian Empire, Austria-Hungary launched what it was sure would be a fast and successful military campaign.

The leaders of Austria-Hungary saw an opportunity that did not exist, and they outsmarted themselves, bringing a hitherto unimaginable tragedy to Europe. Four years and 16,500,000 dead people later, the Austria-Hungarian empire had vanished. Most of Europe was left in ruin, and the conditions for World War Two were in place.

On November 11, 1918, at 11 a.m., both England and France buried an “Unknown Soldier” in Westminster Abbey and the Arc de Triomphe, respectively, to commemorate the ending of World War I – the Great War. Thereafter, November 11 became known internationally as Armistice Day.

America followed suit in 1921, establishing the Tomb of the Unknowns in Arlington Cemetery. In 1938, Armistice Day became a national holiday in America, and in 1954, President Eisenhower changed the name to Veterans Day, a day to thank living veterans for dedicated and loyal service to their country.

Our profound gratitude to all veterans, past, present, and future, on this Veterans Day.