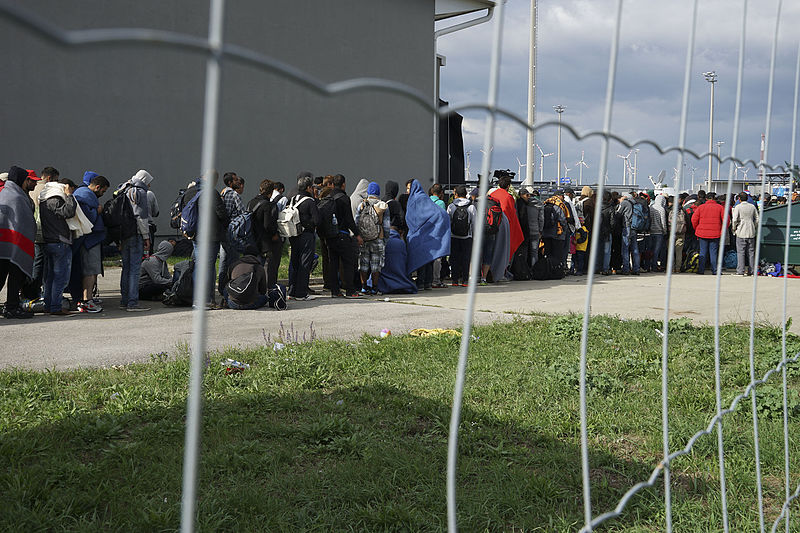 When the crucible of reality proves political ideals to be harmful to the people, political leaders have two choices: they can own up to the issues, or they can suppress evidence in a bid to maintain their power. When leaders choose the latter, the dysfunction inevitably seeps through the cracks of the propaganda containment efforts, and when it does, the political leaders need someone to throw under the bus. In Germany, that “someone” is the German people. 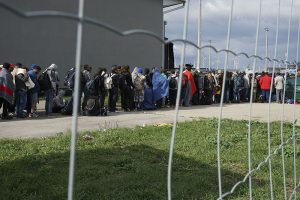 Overall, 72% of the migrants are men, 13% are women, and 15% are children. Germany admits it has already lost track of half of these refugees, and that many of them are not Syrian at all. This flood of humanity is not receding with the turn of the calendar year, and the Gatestone Institute predicts that, with family reunifications, the number of migrants in Germany could swell to as many as 7 million.

When we consider the fact that European countries haven’t even integrated with each other over the past thousand years, it’s no surprise that Germany and the rest of Europe are now in the grip of a culture clash. One of the nastiest elements of that culture clash is the spike in crime in the German refugee camps and surrounding areas, particularly in sexual assault rates.

While German officials and media have made frantic efforts to hide this crack in the practical applicability of their ideals, the dark truth came to a head on New Year’s Eve.

Organized groups of predatory “North African and Arab” men surrounded German women and men in New Year’s Eve crowds and sexually assaulted them in a practice known as “taḥarrush gamāʿī,” or taharrush gamea. This “sex game” is an Arab phenomenon first given a name in Egypt in 2004, and it is similar to what is known in the West as a gang rape.

While police recorded refugee-perpetrated sexual assaults and robberies throughout German cities on New Year’s Eve, 1,049 of those reports came from the city of Cologne. (For full police list see Revealed: Full List of 1,049 Victims, Crimes Committed During Cologne New Year’s Sex Assaults.) Over 359 women reported being sexually assaulted in every way from groping, to hands up their skirts and down their pants, to fingers shoved inside them, to all out rape.

The following has been the official response of the German government to the sexual attacks:

The New Year’s Eve attacks are not the first indication that Merkel’s open door policy is creating unforeseen trauma for the German public.

Rather than face the fact that the overnight influx of 1.1 million North Africans and Arabs has created severe social problems for Germany, German officials are continuing their narrative that the refugees are no different from Germans, and that suggesting they are is both “racist” and “counter to European values.” By insisting that it is inappropriate to imply that diverse African and Middle Eastern cultures might actually be diverse, having different values, mores, and norms from Europeans that would potentially make them incompatible, German officials are missing a few points.

Germany is not alone in excusing and covering evidence of crimes committed by North African and Arab migrants.*

Taharrush gamea attacks were first reported in Sweden at the 2014 We Are Sthlm music festival. At that time, Stockholm police were instructed not to reveal the ethnicity or nationality of the attackers for fear of being seen as “racists.” It’s worth noting that Sweden has now changed its open door policy for refugees as of November of 2015, reverting to EU minimum requirements.

Government suppression of evidence of the clash between European and migrant cultural practices and norms not only fails to address the needs of the migrants, but risks creating a severe backlash from citizens of the host countries.

The only hope the West has of successfully assimilating this massive flow of North African and Arab refugees is to demand that the migrants accede to their host countries’ customs and laws without exception. Migrants that break the laws of the host countries must be dealt with swiftly and unapologetically with the protection of citizens being the utmost priority. Social contract demands this from those who govern, but that is only possible when those who govern are willing to be flexible and resourceful enough in modifying their ideals to meet the demands of reality.

Unless Germany develops an open door policy for reality, either the people will turn on the migrants, turn on those whom they elected to provide common security, or both.

This video statement by Paul Joseph Watson sums up the situation well:

The Rape of Europe

*The practice of taharrush gamea reached Finland in 2015 after that country took in a record 32,000 refugees, giving Finland the fourth highest number of refugees per capita in the EU.

According to the deputy chief of police in Helsinki, Ilkka Koskimaki, sexual assault was unknown in Finland prior to the influx of immigrants, making the 14 sexual assaults in 2015 a record year. In response, unarmed groups calling themselves the “Sons of Odin” now patrol the streets in many towns where refugees are housed.

This past New Year’s Eve, staff at the asylum reception centers tipped off police about planned taharrush gamea attacks. In spite of the “massive” police presence sent to control approximately 1000 Iraqi refugees who had gathered in the tunnels around the central railway, security personnel reported unprecedented widespread sexual harassment. Thus far, Finland, unlike many European governments, does not appear to be attempting to cover up the ethnicities or nationalities of the perpetrators.

A Few of Our Sources:

5.  “Cologne Mayor: Women Should Be More Careful After Migrant Mass Rapes, Promises ‘Guidance” So They Can “Prepare'” http://www.breitbart.com/london/2016/01/05/cologne-mayor-women-careful-migrant-mass-rapes-promises-guidance-can-prepare/

7.  “Cologne Assault: Cultural Difference Is No Excuse for Rape”  http://www.telegraph.co.uk/news/worldnews/europe/germany/12087780/Cologne-assault-Cultural-difference-is-no-excuse-for-rape.html

11.  “Inside the ‘Refugee Centers:’ A Worker Speaks” http://newobserveronline.com/inside-the-refugee-centers-a-worker-speaks/

15.  “Empathy and Angst in a German City Transformed by Refugees”  http://www.nytimes.com/2015/09/12/world/europe/empathy-and-angst-in-a-german-city-transformed-by-migrants.html?_r=1

16.  “Child Refugee Brides as Young as Twelve Ordered to Stay with Men They Were Forced to Marry” http://www.express.co.uk/news/world/614083/Fatema-Alkasem-Child-Refugee-Brides-Netherlands-Paedophilia-EU-European-Union

18.  “Germans Stock Up on Weapons for Self Defense”  http://www.gatestoneinstitute.org/7088/germany-weapons

21.  “It’s Not Only Germany that Covers Up Mass Sex Attacks by Men…Sweden’s Record is Shameful” http://www.spectator.co.uk/2016/01/its-not-only-germany-that-covers-up-mass-sex-attacks-by-migrant-men-swedens-record-is-shameful/

4.  “Is the Refugee Crisis Creating a European Rape Crisis?”  http://www.dailywire.com/news/1120/refugee-crisis-creating-european-rape-crisis-aaron-bandler