The Little Coup That Couldn’t 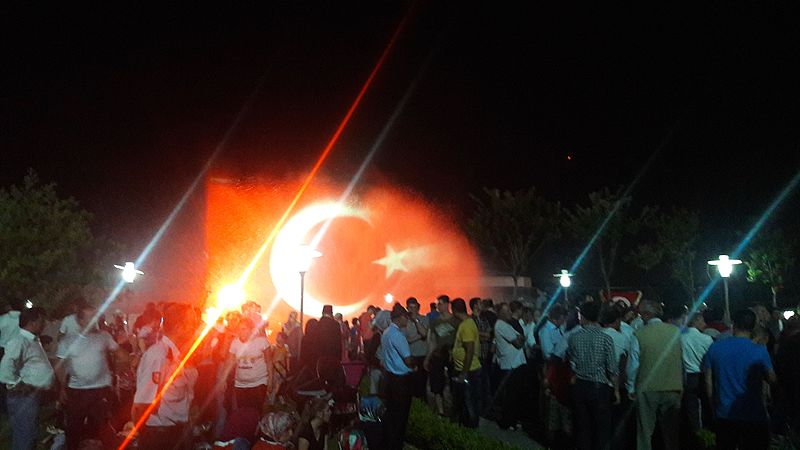 One of the most pressing national security issues for the US and NATO is the recent coup disaster in Turkey. Along with the people of Turkey, Syria, and Iraq, NATO state citizens, Americans, and the Putin gang are all pondering the same questions. . . . What really happened in Turkey, and what does it mean for us? 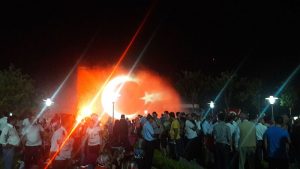 The coup attempt resembled another poorly directed episode from a comically bad Mexican telenovela. Much speculation and media frenzy has focused on the “who,” “what,” and “why” aspects of the coup.

The “who” depends on whom you ask.

Some Westerners are certain that Putin quietly sponsored the coup. I am always happy to blame dastardly schemes on Putin and his thugs. However, while in many cases “Putin” is the right answer, in this case I don’t think it is.

I have two reasons for not blaming Putin.

The first is that although the Erdogan government in Turkey is suspected of helping Islamic terrorists in Russia, and although Erdogan wants Syria for himself rather than for the Russians or Iranians, Putin does not take him very seriously as a threat.

Putin does not like the Erdogan Circus, and he sees Erdogan as an ineffective and inept clown. If Erdogan were to be replaced, then nearly any Turk would be a more formidable opponent. Erdogan is an effective conqueror, but he’s only effective at conquering Turkey. Beyond Turkish borders, Erdogan is a run-of-the-mill inept political hack. Putin would not wish to spin the dice for a new leader in Turkey. There are scenarios that we could imagine where Russia would hand pick a successor to Erdogan, but that would involve risky gambling that Putin does not find necessary.

The second reason for doubting that there are Russian weasels at the bottom of the Turkish coup disaster is that the Russians are better at running a coup than the coup organizers were in Turkey.

Other folks are certain that the CIA is behind the coup attempt.

It is not. Lots of folks are certain that the CIA gives orders to Obama. It doesn’t, and neither Obama nor the CIA would wish to throw Turkey into instability or civil war by instigating a coup.

Like the Putin gang, the US has enough reasons to be disgusted with Erdogan. He has stabbed the US in the back on more than one occasion, and he is a one way “ally” for NATO. Erdogan’s NATO motto is, “All for Erdogan, and to hell with you guys.” The US and NATO could easily conduct better relations with almost any randomly selected Turkish citizen over the age of twelve.

The problem is that the CIA and the State Department are very aware that Erdogan has spent over a decade crushing opposition and making himself coup-resistant by using the tried-and-true “Stalin purging” method of government. Any coup in Turkey could easily have ended up looking like another Iraq, Syria, Yemen, Lansing, etc. The US wants a Turkey that is stable enough to allow the US to operate from bases in that country. It’s easier and a little cheaper to bomb ISIS idiots from bases in Turkey rather than having to conduct all operations from further afield.

The second reason why you can be certain that the US did not organize a coup attempt in Turkey is that, like the Russians, the CIA is better at it.

The CIA is not big on the “find ten thousand co-conspirators” method of coup organizing. Any coup attempt involving so many conspirators will always have a security problem, and that makes success less likely.

Personally, I would never conduct a coup, but theoretically speaking, if my evil twin were to throw a coup, I am certain that he would use the “dispose to depose” method. I know. It’s so old fashioned and makes for dull reading, but it’s way more effective than the silly modern “tell him he’s deposed, and maybe he’ll let us depose him” method.

All in all, it’s sad that a nation like Turkey, with such a proud tradition of quick and effective military coups, ended up with such a half-assed coup. It’s damned embarrassing for the international coup fraternity.

As for the “who,” the Western media is fascinated with the question of how much Fethullah Gulen was involved in organizing the failed coup. 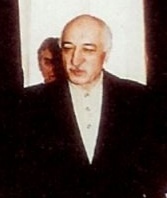 Gulen was Erdogan’s ally until he realized that Erdogan was perfectly capable of jumping in bed with jihadis – which Erdogan did. Since the two men parted ways, they have been opponents. Erdogan targeted and marginalized Gulen’s friends and supporters within Turkey, but Gulen remains popular with the people. In spite of that remaining popularity, the coup organizers did not need Gulen or his supporters to get the ball rolling because Erdogan has done such a good job inciting a coup against himself by just being Erdogan.

The remaining question of “who” is not all that important. The “what” ended up being damned sloppy, and the “why” is the easiest part of this shallow mystery.

Erdogan is a creep, and lots of folks in and out of Turkey wish that he would vanish. No news there. Hating Erdogan is more popular than playing Pokémon in Turkey.

This leaves us all with the more important question, “Now what?”

Unfortunately, the answers are as ugly as they usually are when one asks a Mid-Eastern region question.

I know that a lot of folks on the Middle Eastern teams at the CIA will be aghast at my willingness to simplify the Turkish picture. But let’s compare it for a moment to a Kandinsky painting. Is another gallon of spilled house paint or a gallon less of spilled house paint really going to improve the picture? It is ugly, and it will remain ugly. It hurts to look at it, and it will still hurt tomorrow. Just like a Kandinsky painting, if you think about it at night, you won’t sleep.

As we all know, and as any reasonable soul would predict, Erdogan is using the coup flop to conduct his biggest Stalinist purge ever.

He’s enjoying it. His poor wife is probably happy that he finally found something that helps his marital life better than all those blue pills that he tried. (Word on the street is that it’s been a long time since Erdogan has been able to bring this much enthusiasm to his home life.) Unfortunately, along with her husband, she and Erdogan’s unfortunate mistresses are the only ones seeing any “up tick” from this lousy coup.

Erdogan will continue to scream at the US and make all sorts of demands.

Secretary of State John Kerry will continue to fuss over his hair and try to look like a male model when he gets off the plane in Turkey. Kerry will make his regular meaningless statements when dealing with Turkey. The President (this one or the next) will look “deeply concerned” and not do much.

The good news for the West is that even a dope like Erdogan knows that in the final analysis, since he lives next to Iraq, Syria and Russia, and we don’t, he can only push his snotty temper tantrums so far.

Erdogan has always wanted a bigger, more powerful military to make him more relevant. Despots hate being laughed at when they make threats. He has planned for and tried to finance that better military, and he fantasizes about an indigenous 5th generation fighter for Turkey. It won’t happen under an Erdogan government.

Unfortunately for Turkey, Erdogan has always been more effective at destroying his own military than destroying his foreign enemies. If Erdogan had a campaign slogan to share with the US audience, it would be “don’t hope for any change.” The future of Turkey, Turkish-NATO relations, and Turkish-US relations will continue to look a lot like the last ten years, just slightly worse.