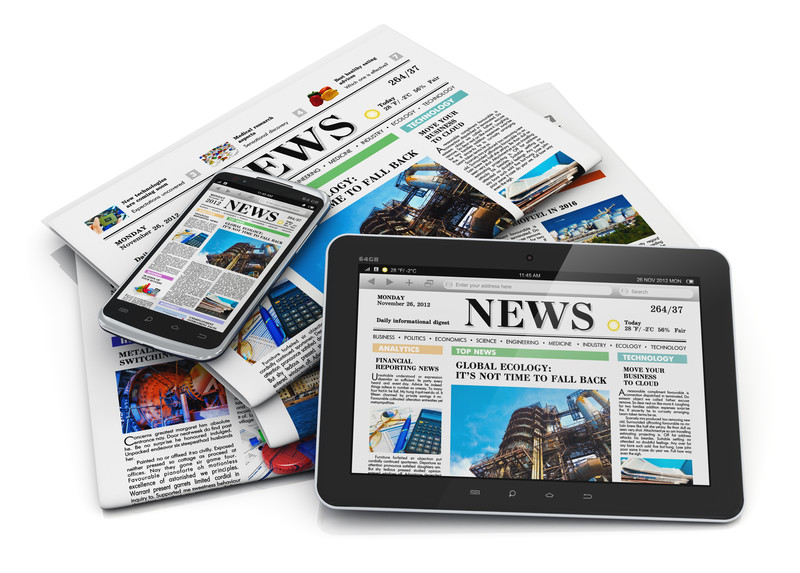 After the election, many people realized they had been lied to by a biased political media that slanted polls, rigged debates, and buried important facts. Some of those people asked us how they can judge articles and find real information about the issues that affect their lives. We’ve come up with a two-part series of guidelines to help people out. 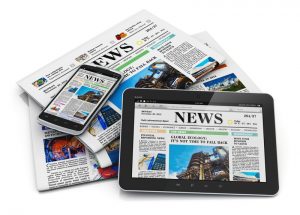 Golden Rule: Of the first ten rules of evaluating media, one through nine are “consider the source.”

Who owns the source?

The government used to have restrictions that prevented any one media outlet from monopolizing the broadcasting industry.

The fear was that a small number of companies owning all of the media would lead to media restricting and/or manipulating the news. During the 1980s, the US government relaxed those restrictions on media consolidation, and in 1996, the Telecommunications Act allowed corporations to suck up even more media outlets. Now, media is substantially consolidated, and a handful of corporations own and control pretty much all of the radio and television stations and major networks.

Many would say that between the relaxed regulations and the non-enforcement of the Fairness Doctrine, the original fears behind those now largely historical restrictions have been realized.

Every media source has an owner, a controlling shareholder, and/or influential donors.

While they all want to make money, some also want to create the world in their own image. Those who only want to make money will choose whatever message sells to their audience, and they will deliver it with gusto. Those who want to imprint posterity with their personal views will cultivate a like-minded audience and herd them toward certain long-term goals.

CNN was founded by Ted Turner. Ted Turner is an avowed leftist and an open Fidel Castro admirer, not to mention “Hanoi Jane” Fonda’s ex. He also founded the Moscow Independent Broadcasting Network and Russian channel TV-6. In addition, Turner contributed $1 billion to the UN. He is consistent in fusing his progressive, global first personal stance with his penchant for sucking in the billions.

Evidence of this leftist foundational bias showed in the recent election with CNN’s treatment of Clinton, the Global First candidate. CNN ran daily “Trump a Dystopian Nightmare; Clinton a Mildly Disturbing Daydream” headlines, consistently characterized Clinton’s breaches of the Espionage Act as “the email controversy,” and assisted Clinton by feeding her debate questions. How much the management of CNN participated in that last skanky move is left to the reasonable imagination, but it’s all in step with Ted’s leftist history and ideology that he should be a rich capitalist, and globalized socialism should be good enough for the rest of us.

Ted Turner is the staunch rival of Australian-American Rupert Murdoch, who, with his family, owns both 21st Century Fox and News Corp through the Murdoch Family Trust. Altogether, Murdoch’s family trust owns over eight hundred companies in over fifty countries.

Rupert Murdoch’s political gate swings both ways, so to speak, in that his holding companies own conservative political media in America, such as Fox News and the Wall Street Journal, and he supports the conservative party in Australia. However, in the UK, Rupert has switched back and forth, using his influence on behalf of Conservative Party leader Margaret Thatcher, then Labour Party leader Tony Blair, then back to Conservative Party leader David Cameron. Such willingness to play both sides of the aisle indicate someone who is not operating with any conviction or motive except to discover what $13 billion can buy that $12 billion can’t. Murdoch’s agenda appears to be making money more than molding politics.

Fox News is renowned for its right wing spin, and it is expert at playing to its audience. It couches what are frequently legitimate facts in so much pandering, drama, and hysteria mongering that it’s difficult to sort through it all to get to the kernels of truth. Whatever that truth may be, Fox is going to make sure its audience gets excited about it and comes back for more, all to the benefit of the Murdoch Family Trust.

Another highly influential player in the “social engineering through media” effort is foreign billionaire felon George Soros. Soros has his hands in over 30 media outlets, and he is deeply involved in purchasing American politicians. We encourage you to research him on your own.

Bottom Line:  The power behind the media throne determines the message. Whether that message is born from vanity or greed, everything funnels through that message.

What political ties does the source have?

People have always been worried about the government controlling the media. The government doesn’t have to control the media in the US, or in the West, for that matter, because the media is run by people who are kindred spirits and like minds to the politicians.

Presidents have long recognized that fact and made the most of it by appointing journalists, their spouses, their siblings, and their children to positions in government. One president appointed over two dozen journalists to his White House staff, and more as ambassadors. Media plays its part in the wedding of power, as well, taking on family members of politicians and their political spawn. For example, one president’s offspring obtained a position as a rookie correspondent at major network for a mere four times the normal rookie correspondent salary. It’s a modern day way of marrying kingdoms to each other to ensure power management.

Bottom Line: Look at which journalists are financially and politically married with which politicians to determine which message they will favor.

Who advertises in the source?

Media is big business. So is advertising. This affects news stories in two ways.

Bottom Line: Media doesn’t want to anger either its audience or its advertisers. Both result in losing money.

Who is their audience?

In this world of echo chambers reinforced by social media cliques, politicians have been able to carve up society into black and white factions, sometimes literally. A significant percentage of people are not interested in information that does not confirm their pre-conceived notions, as evidenced by the fact that almost all of us know people who have declared during this election that they want nothing to do with “those” voters. That makes it easy for media to define and divide audiences and to appeal to their preferences.

To continue with our CNN vs. FOX thread, CNN viewers are concerned with political correctness and pro-global progressive agendas, while FOX viewers prefer more conservative, pro-American stories. Stories and headlines are structured to please those audiences. For example, during the election, CNN earned its pseudonym, the Clinton News Network, while FOX served as the anti-Clinton bullhorn. In other words, if Trump walked on water, the CNN headlines would read “Trump Can’t Swim!” Likewise, if Hillary ran into a burning building to save a child, FOX headlines would read “Hillary Snatches Baby!”

Bottom Line: What message does the majority of the audience want to hear?

And now the hardest questions to face when considering a source . . . What do I want to hear and why?

We all have personal biases that make us want to believe some things more than others. Many of us have suffered abuses by religious or government institutions that left behind a filter on all incoming information, propelling us to the right or the left. Many of us have personal traumas that define our perceptions of those of other races, religions, political factions, etc. Add to that the fact that it is difficult to conceive of qualities in others that we do not possess ourselves, and most of us have difficulty imagining the depth of depravity some politicians and media moguls possess. All of these elements and countless others contribute to our collection and interpretation of information.

Bottom Line: The best we can do is recognize our own biases and seek out diverse sources, open our minds, and keep the answers to the questions above at front and center in our analysis.

In summary, when evaluating the media source, ask the following questions:

Several of our readers have asked where we get our information.

We can’t share Holmes’s sources, but these are Piper’s go-to Tweeps for open source information:

Doug [Redacted] @GrayManActual. Doug is a former CIA officer and a current film and security advisor. He’s plugged in.

Jamestown @CifJamestown. Jamestown is an educated, friendly tweep with information on foreign and domestic policy and terrorism. I often find things on this timeline that I do not find elsewhere.

Dani Homados @homados. Dani is a fine veteran and a lovely gentleman with solid tweets on military, national security, and world events.

El Cid Barett @ElCidBarett. Barett, a.k.a. Lisa, is one of the most colorful and graphic tweeps on Twitter for information on military, national security, science, and women’s fashions.

Chris Magill @cmagill. Chris is in information security, or InfoSec. As his bio reads, he can “…find the hacker, shoot, stop the bleeding, explain HIPAA, send the press release on time and on budget.” He tweets excellent information about cybersecurity and has a sense of humor that will keep you rolling.

Sniper Barbie @LadyRed_6. Sniper is a sharp and pleasant lady with a thorough scoop on cybersecurity. Piper wants the Barbie and accessories in her profile pic.

And, of course, Piper Bayard @PiperBayard. Piper tweets part of the great info she finds, along with original posts from Holmes and whatever quirky or interesting things she digs up.

Some tweeps are members of the military and/or intelligence communities, and some are not. Regardless, we would emphasize that all information they tweet is open source. You will notice that relatively few of the tweets reference mainstream media sources. If we really want to know what’s happening, we have to be open to a variety of sources and remember that even a broken clock is right twice a day.