Life in the Cold

Independence Day was not the end of our fight for freedom, but only the beginning. Most of the men who signed our Declaration of Independence lost their fortunes and their lives in the fight. Yet that war did not seal America’s freedom. It provided Americans with the opportunity for freedom.

Freedom is a great responsibility that we must continually earn — a battle that every generation has fought since 1776. My generation is the Cold War generation. As we honor all American and allied soldiers fallen in battle, I would also recognize the fallen veterans of the Intelligence Community, who serve quietly, often giving everything, to protect us from our nation’s enemies.

The following is an excerpt from “From Inside the Cold War,” written by my writing partner, “Jay Holmes,” who has been serving anonymously and continuously since that conflict. In it, he gives us a window into his world and what it is like for him and his compatriots to walk through ours. 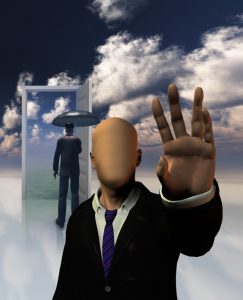 From the end of World War II in 1945 until the fall of the Soviet government in Russia in 1991, Western nations faced off with the Soviet Union and its allies and captive satellite states in what became known as the “Cold War.” Basically, the Soviet Union, led by the ruthless Joseph Stalin, felt that it was its duty to spread communism throughout the world, while Western nations governed by democracies felt it was their responsibility to keep the entire world from falling under Soviet domination.

Most Western citizens think of the Cold War as being without casualties, except during the proxy wars in Korea and Viet Nam. Few Westerners will even remember that the allied nations fought a war against Soviet-backed communists in Greece from 1946 -1949, or that the United Kingdom struggled with a communist guerrilla war in Malaysia until 1960. Beyond the publicly acknowledged battlefields in Korea, South East Asia, Lebanon, Grenada, and Panama, the United States thus far acknowledges 382 American servicemen killed in combat against communist forces between 1945 and 1991. This figure does not include the officially acknowledged civilian losses of the CIA and other civilian personnel, nor does it include the deaths of “denied” personnel working under “deep cover.”

I believe the figure of 382 to be wildly low, and a long, smoldering debate is currently underway in DOD and CIA circles concerning casualty figures during the Cold War. It is unclear how they should be counted and how much information should be released. After a lifetime of living in a necessary state of denial, “old hands” have well-founded fears about releasing too much information. For one thing, releasing dates and locations of deaths will assist belligerent parties in identifying and killing those who assisted US efforts. Our word was given that our friends would never be exposed, and they never should be.

For nearly four decades, the deaths of American Cold War combatants were explained away as accidents and sudden acute illnesses. Wives and mothers buried their husbands and sons without ever knowing what happened. The battlefield deaths of most of America’s Cold War combatants will likely remain unrecognized for years to come in order to protect the living. Some day, if a future generation gets around to dealing with the information, it will likely seem too distant for anyone to pay much attention to it. This is a natural consequence of the type of battles fought.

If it seems sad, we should remember that it is far less sad than the alternatives would have been. Armageddon was avoided. Freedom was not lost. That matters, at least to me and to those who have gone before me. My brothers paid a price. I knew none who were unwilling to pay that price quietly. None can now regain their lives by being identified.

When we review espionage activities from the Cold War, it is easy to take an academic view. If the seriousness of some of the participants seems almost comical from our current perspective, they seemed far less humorous at the time that they occurred. The events seem distant now, and the causes may have been forgotten by many, and never understood by some. I point out the issue of casualties in an attempt to describe an important aspect of clandestine activities during the Cold War. The contestants on all sides played for keeps.

Between the bright lights of international diplomacy and the dark cloud of the threat of nuclear war, life in the shadows in between was a bit different. Some of us feel as though we have lived in a parallel world far away from this one. We walked through this world every day, careful not to leave too many footprints here on our way to somewhere else. That other world became our home. This world where we trust our neighbors and love our children is the world that we desperately wanted to see remain intact. But in a sense, we will always be visitors here in this world that we hold so dear. For some of us, our home remains somewhere else, far away.