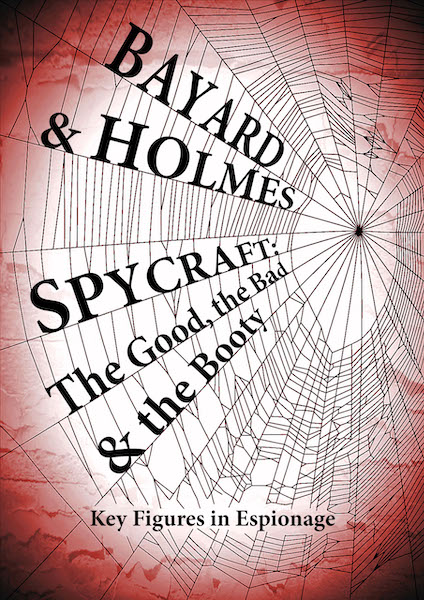 With the success of SPYCRAFT: Essentials, we focused on more nonfiction. We are excited to announce our release of the second book in our Spycraft series, SPYCRAFT: The Good, the Bad, & the Booty. To celebrate this release, along with the near-simultaneous release of TIMELINE IRAN: Stone Age to Nuclear Age, we are putting all digital copies of BOTH books on sale for $.99 through February 14, as well as reducing the paperback prices. And to show our appreciation to our readers, we are having a giveaway, but first the books . . .

SPYCRAFT: The Good, the Bad, & the Booty 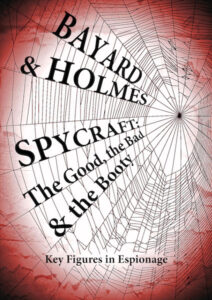 Hollywood has yet to produce either heroes or villains that can match the heights and depths of humanity. Who is more courageous than a one-legged woman, “the most dangerous spy in all of France,” operating in Nazi-occupied territory? Who is more extraordinary than a young man left for dead, not worth a Viet Cong bullet, who survives to hunt down terrorists for six more decades? Who is more heroic than a homeless child living in a cardboard box who grows up to be an iconic showgirl, an espionage legend, and a tireless humanitarian?

And what villain is more malevolent than the traitor that lurks in our midst, walking our halls and eating at our tables while helping our enemies murder our own and butcher thousands of innocents?

Join us as we explore the lives of these espionage elites and others who prove that “we’re only human” is not an excuse to fail, but a reason to succeed. 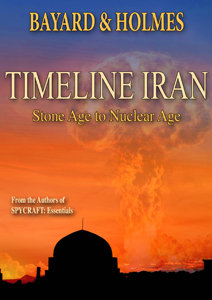 This release follows hot on the heels of our previous book, TIMELINE IRAN: Stone Age to Nuclear Age, which is a brief, digestible history of Iran with special emphasis on the past few decades and recent events.

For a more detailed description, see our previous post, TIMELINE IRAN: Stone Age to Nuclear Age or our Nonfiction Page. 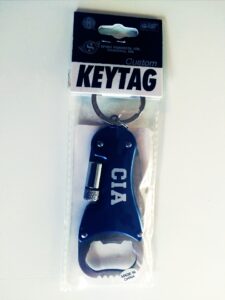 To celebrate you, our readers, we will be giving away this authentic CIA keytag that Piper picked up in the gift shop at CIA Headquarters in Virginia. It’s packed with handy gadgets to help you ride out those fun-filled espionage adventures like spying on the same ramshackle doorway for months at a time while fighting off dysentery in a Third World hellhole–a key ring, a knife, a light, and the all-essential bottle opener.

We know what you’re thinking . . .  What is a “Made in China” sticker doing on a CIA keychain sold in the CIA Headquarters gift shop?

That was our question exactly. We can only assume that it is designed to add to the covert nature of the keytag, because who would think the US CIA would actually contract with communist China to make its bling? All we can say is that if you find any evidence that Huawei has been mucking around with it, please let us know ASAP.

The lucky recipient of this fun gift will be selected at random from among our Covert Briefing subscribers on Tuesday, March 3, at 8 p.m. Eastern Standard Time. We will notify the winner by email to arrange delivery.

All the best to all of you,