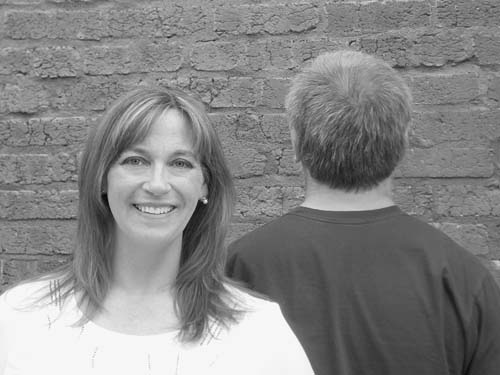 Piper Bayard is an author and a recovering attorney with a college degree or two. She is also a belly dancer and a former hospice volunteer. She has been working daily with her good friend Jay Holmes for the past decade, learning about foreign affairs, espionage history, and field techniques for the purpose of writing fiction and nonfiction. She currently pens espionage nonfiction and international spy thrillers with Jay Holmes, as well as post-apocalyptic fiction of her own.

Jay Holmes is a forty-five-year veteran of field espionage operations with experience spanning from the Cold War fight against the Soviets, the East Germans, and the various terrorist organizations they sponsored to the present Global War on Terror. He is unwilling to admit to much more than that. Piper is the public face of their partnership.

Together, Bayard & Holmes author non-fiction articles and books on espionage and foreign affairs, as well as fictional international spy thrillers. They are also the bestselling authors of The Spy Bride from the Risky Brides Bestsellers Collection and were featured contributors for Social In Worldwide, Inc.

When they aren’t writing or, in Jay’s case, busy with “other work,” Piper and Jay are enjoying time with their families, hiking, exploring back roads of America, talking foreign affairs, laughing at their own rude jokes until the wee hours, and questing for the perfect chocolate cake recipe. If you think you have that recipe, please share it with them at BayardandHolmes@protonmail.com.

How We Met – The Story We Like to Tell

In my youth, I had a friend whose uncle’s brother’s neighbor’s father owned a five star hotel in Bahrain. She didn’t actually know the man, but the uncle’s sister’s cousin’s friend assured me he was on the up and up, so I agreed to a three-week belly dancing engagement in the hotel’s club.

When I arrived, I saw the previous dancer coming from the hotel with several young bellhops behind her, laden down with fur coats, electronic devices, and multiple suitcases. I thought, “Wow. I’ve hit the big time.”

I put on my sharpest costume – the one with the green and gold beads and extra long fringe – and I danced my heart out that night to a full house. One particular man took a special interest in me that, truth be told, made me more than a little bit uncomfortable. Always listen to those instincts!

After the show, the hotel manager burst into my dressing room and ordered me to the ogler’s suite. I refused. That’s when he informed me that I was to be the house prostitute during my stay. The hotel personnel did not lay a hand on me, but they proceeded to rob me of my passport, visa, and money, saying they would only return them when I complied with their customers’ requests.

The next night, I danced my heart out once more, though with some trepidation as to what would happen at the end of the show. Would they return and beat me? Would they become impatient and force me? The same man was once more in the front row, and his glance made it clear that he intended to own me by the end of the evening.

I am not, however, an easy woman to own.

That night after my performance, I slipped into the ladies’ room and stood on the rim of the commode to reach the window. Lucky for me, it opened. Still in my costume and heels, I pulled myself through to the second floor roof. Crossing to the far side, I used an anchored pipe to lower myself to a balcony. The people inside were engaged in, well, let’s just say certain activities, and they didn’t notice me as I exited by way of their balcony stairs and over their garden wall.

Once on the street, there wasn’t a soul in sight. My first impulse was to distance myself from the hotel and find the American Embassy. But which way to go? I was completely lost, so I chose to go west. Because, hey–I’m an American. We go west.

Two blocks away, I found myself in a dark, narrow side street when a sports car turned onto the road, coming toward me. I jumped into the shadow of a doorway, not knowing what to do. The person in that car could have been anyone from a foreign dignitary to the lecherous ogler to a mobster.

Standing there in the middle of the night in my cabaret sequins with no identification or money in an Arab country, I knew I would have to be very lucky not to go from the frying pan into the fire. But I was lost, and I needed help. I had to take the chance. I stepped out of the shadows and waved down the car.

It screeched to a halt, and Holmes stepped out. I looked into his kind, soulful eyes and smiled. It was clear at once that I was with a friend.

Holmes went with me back to the hotel. What he did in that hotel office is anybody’s guess. I only know that five men walked in, and only one walked out. Holmes. With my passport, visa, and money.

He then escorted me to my room and guarded the door while I collected my things. On the way to the airport, I thanked him and asked him what brought him to Bahrain. He told me he was a power management specialist, there with his friends for a convention. As for me, I told him I was a dancer, but that one day, many years down the road, I would be an author . . .

The truth is that we are not at liberty to tell how we met, but we would love to hear your suggestions for other BS stories we can tell about the Fateful Day. Please send your brief BS story of The Meeting of Bayard & Holmes to us from our Contact page, and if we use it here, we will send you a free copy of one of our books.