The Good, the Bad, & the Booty

“Well-researched and written, this book is great for not only the casual reader or spy fan but also for those who are more well-versed in the subjects.”

With the voice of forty-five years of experience in the Intelligence Community, Bayard & Holmes explore the lives of the espionage elite.

More heroic and more treacherous than any fiction Hollywood could produce are these genuine operatives of the Shadow World, who prove that “we’re only human” is not an excuse to fail, but a reason to succeed. 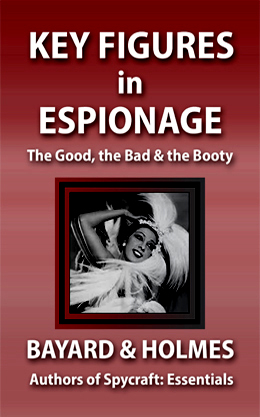