The Venezuelan Pirates of the Caribbean 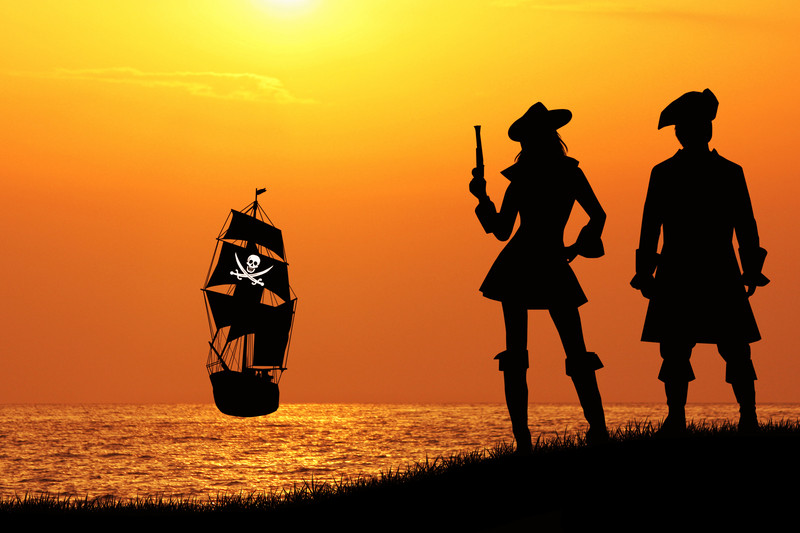 Actual photo of Cilia and Nico Maduro with Teknik Perdana

On October 10, 2013, the Venezuelan Navy frigate Yakuna seized the ocean exploration ship Teknik Perdana from Guyanese waters and ordered it to proceed to Isla Margarita in Venezuela. On October 12, the headlines of a BBC article read “US ship detained by Venezuela in Guyana disputed waters.” The cyberverse began buzzing about the unlawful seizure of a US vessel by a Venezuelan Naval crew in Guyanese waters. Except the BBC got it wrong.

The Teknik Perdana is owned by a group in Singapore, not the US, and it is registered in Panama, operating under a Panamanian flag and subject to the inspection and standards of Panamanian maritime authorities. Also, at the time of its seizure on October 10, the Teknik Perdana was captained by a Ukrainian national. The last time I checked, none of those countries were part of the US.

The BBC is also likely aware of the above geographic information, so why did they run that headline? I suppose that “Singapore ship detained by Venezuela in Guyana disputed waters” would not be quite as exciting. It also would not generate the image of the US being in an escalating conflict with Venezuela, nor would it make one wonder when the Tomahawks might start arriving in Caracas. While Tomahawks could conceivably one day land on Caracas, the probability remains slim for the present.

The actual connection between the US and the seizure of the Teknik Perdana is that five US citizens were onboard the vessel when the Venezuelan Navy seized it. The US corporation Anadarko Petroleum has a contract with the Guyana government to explore for oil in the Roraima section of Guyana’s exclusive economic zone. This zone is defined by the International Maritime Boundaries Act of 1977, and Venezuela regularly cites to it to justify its own economic activities off shore. The Teknik Perdana was operating under contract with a sub-contractor of Anadarko petroleum, and when Yakuna received orders to seize it, it was well inside Guyanese waters as laid out by the Act.

So why did the Venezuelan government order the seizure of the Teknik Perdana?

On the surface, it appears to be a petroleum dispute. Given the price of petroleum, one can easily accept the simple argument that Venezuela is voicing an economic quarrel about the sea boundaries between Guyana and Venezuela. This is in fact true, but the motives for the ship’s seizure and the Venezuelan border claims have more to do with the core politics of Venezuela than with any actual boundaries.

Venezuela’s claim to Guyana’s territory extends well beyond the Roraima section of the seabed. In fact, the late Venezuelan President Hugo Chavez said that about two-thirds of Guyana, itself, belongs to Venezuela. You can be forgiven if you forgot that particular Hugo speech, and even if you had heard it and remembered it, the bit about Guyana could have been overshadowed by the part where Hugo explained that Colombia belonged to Venezuela, as well.

If you haven’t heard any of Hugo’s colorful speeches, don’t bother searching for them just yet. The underlying dynamic is simple enough.

Hugo Chavez came to power in 1999 on the crest of a socialist wave. The poverty, unemployment, and corruption in Venezuela had facilitated that socialist fervor. Proposing a Marxist workers utopian state is always easy enough. Cutting the unemployment, crime, corruption, and poverty once power is obtained is always slightly more difficult.

Those of us in the West that are accustomed to hearing “I support education, jobs, healthcare, and government transparency” speeches are also accustomed to seeing no such thing materialize once the politician in question is in power. Generally, that politician quickly points to a current crisis to explain why all reforms must be suspended while taxes are raised to deal with the unfortunate crisis-du-jour.

In that sense, life is no different in Venezuela than it is here. Chavez and his sycophantic entourage were unable to complete any promises. Nationalizing a variety of foreign-owned industries in Venezuela stunted foreign investment and left those industries in the hands of those Venezuelans that were, for the most part, least capable of managing them. The educated technocrats of Venezuela and their capitalist bosses, being marginalized, looked for better places to invest their skills and cash.

Before dying, Hugo Chavez anointed Nicolas Maduro as his successor. Nico rose from hungry bus driver to the presidency by a suitably adorable socialist pathway—he followed in his father’s footsteps and lifted himself by his sandal straps to the rank of unsanctioned union organizer.

Here, we must give him credit. He was a successful union organizer, which does not come easily in a nation where self-anointed union organizers are as common as pickpockets. Unlike so many politicians, Maduro has a work ethic that matches his ambition. He rose from union organizer to political enforcer and helped Hugo Chavez rise to power.

Besides being an effective grassroots organizer and enforcer, Maduro has at least one other great asset—his wife. Unlike her husband, Cilia Flores has a solid education. She is a skilled lawyer and effective organizer and is not riding the coat tails of her successful husband. She is a powerful political operator in her own right.

Like any good Latin-American man, Nico wears the pants at home. However, I suspect that though he wears those pants convincingly, Cilia tells him which pants to wear, and when to put them on and take them off. Nico delivers the publicly acceptable male face of power, but anything more complicated than union organizing likely comes from Cilia. They are a formidable team.

When Hugo went to the Great Worker Commune in the Sky, Nico became acting president of Venezuela and faced the constitutionally proscribed election challenge after thirty days. He defeated his challenger, Henrique Capriles, by only one percent. Considering that Team Maduro controlled the ballot counters, the media, the police, and the military, the mere one percent victory margin was a humiliating result.

Rigging the election was easy enough, but replacing Hugo as the new cult leader was going to be a more difficult challenge. Given the extremes of rhetoric and farcical tactics of Hugo Chavez, how could Nico become the new Circus Master of Venezuela? Nico’s frequent mistakes when delivering speeches didn’t help matters, and Team Maduro knew that strong actions were required to back up a rhetoric that continues to be upstaged by memories of Hugo.

Team Maduro’s first move was to reduce the rampant violence in Venezuela, one of the features of Hugo’s socialist utopia. When Maduro came to power in March, the kidnapping and murder rates in Caracas were so absurdly high that, by comparison, they made Detroit look like a haven of peace and stability. Unlike recent mayors of Detroit, Nico and Cilia used the situation to install something close to complete martial law in Caracas and surrounding regions inside the state of Miranda. They called in the Venezuelan Army. They cut the murder rate by about fifty percent and had the added effect of neutering Team Maduro’s leading rival, Governor of Miranda Henrique Capriles. While the murder rate is down in Caracas, poverty has not decreased, and foreign investment has not increased.

When the frigate Yakuno seized the unarmed Teknik Perdana from Guyanese waters, it was likely part of Team Maduro’s ongoing struggle to remain in power. This “Pirates of the Caribbean” showmanship may have bought a little time with the socialist sector in Venezuela, but it will not help spur foreign investment.

Wisely, Team Maduro ordered that the thirty-plus crew members of the seized ship be treated reasonably well, and they were released before popular international opinion over the seizure could begin to gel. Naturally, this release was done with far less fanfare in the Venezuelan press than that which accompanied the seizure.

What does the seizure of the Teknik Perdana mean?

The leaders of the impoverished Guyana will remain uncomfortable with their thuggish neighbors. Due to the mistaken media, Team Maduro will receive the slight benefit of appearing to get away with insulting the US without actually having done so. To the rest of the world, it does not mean much. Washington’s relations with Venezuela will remain poor and the US government will continue to ignore the silly “Anti-American Imperialism” hot air that Team Maduro relies on to remain aloft over Venezuela.

Reactions amongst the Venezuelan public have ranged from the occasional “kill Maduro” to the usual sleepy cry of “Viva Che.” I should point out here that Che is dead. Let us also consider that killing the president of Venezuela and her husband would do nothing to improve the situation. Until the internal politics of Venezuela shift, not much will change there.

My suspicion is that Cilia Maduro is bright and would like Team Maduro to bring some positive changes to Venezuela, but she will have to do so while surviving the daily risk of a Hugo Chavez-style coup d’état. The tiger that Team Maduro rode to Caracas must now be kept well fed.

My best wishes to the people of Venezuela. I won’t laugh at you because our own circus here at home has me a bit too depressed for that.