Because Laughter is Apparently the Only Medicine 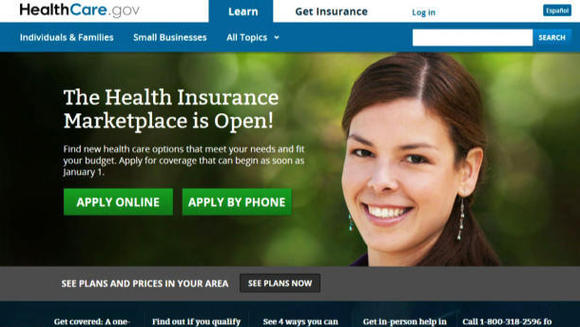 No matter what your stand on Obamacare, it’s undeniable that so far it’s falling ludicrously short of White House promises, from the crafty bait and switch that is resulting in a majority of people having to change their health insurance* to the Healthcare.gov website that will forever stand for monumental bureaucratic incompetence.

So what can we do? At this point, there’s nothing we CAN do but laugh. Let me help you out with that today.

This is Jon Stewart of The Daily Show with his observations about the Rollout. Warning: The first several seconds of this video is a bit crude, but once Stewart gets to Obamacare, it’s pretty hysterical.

And speaking of glitches, the lovely lady whose face adorned Healthcare.gov for the first couple of weeks is now known as “Glitch Girl.” She has mysteriously disappeared from the site, sparking an avalanche of social media humor focused on her sudden absence . . . such as Tweets saying things like “Wasn’t Manti T’eo dating #ObamacareGirl?” and her picture on a milk carton. Longmont Times-Call News gave her a write up at their site wishing her a fond farewell. The Face of Obamacare Goes Missing. Someone even created the website. WhoIsGlitchGirl.com.

And if that hasn’t got you chuckling yet, check out Saturday Night Live’s hysterical imitation of Secretary Sebelius telling America how to deal with the Obamacare website glitches. She gives advice from downloading pirated copies of health care related movies and doctor themed pornography to purchasing tickets to Canada where we can get cheaper prescription drugs. It’s a closely protected video, but I found it in whole at Christianpost.com. Definitely good for a healthy dose of laughter. Click on SNL Mocks Secretary Sebelius with Suggestions for Healthcare.gov IT Problems. You’ll find the video at the bottom of the article.

But enough about Obamacare. Check out the reviews at the Amazon site for Haribo Gummy Candy, Sugarless Gummy Bears, 5-Pound Bag. Not only will you literally LOL, you will also actually ROFL and LMAO. And once you get all you can take of your Laughter Medicine, you’ll be able to order a bag of these for your favorite congressmen and women.

What Laughter Medicine can you share with us today?

All the best to all of you for having reasons to smile.

*Repeatedly, Obama said, “If you like your health plan, you will be able to keep your health plan.” The idea was that health plans that existed as of March 23, 2010, could be grandfathered in. However, in the narrow regulations drawn up by the executive branch, if any significant part of the policy, such as premiums, co-pays, deductibles, etc., changes between March 23, 2010, and January 1, 2014, when the law actually kicks in, you must surrender your policy and purchase Obamacare. Estimates of people who will lose the health plan they like range from 50% to 80%.