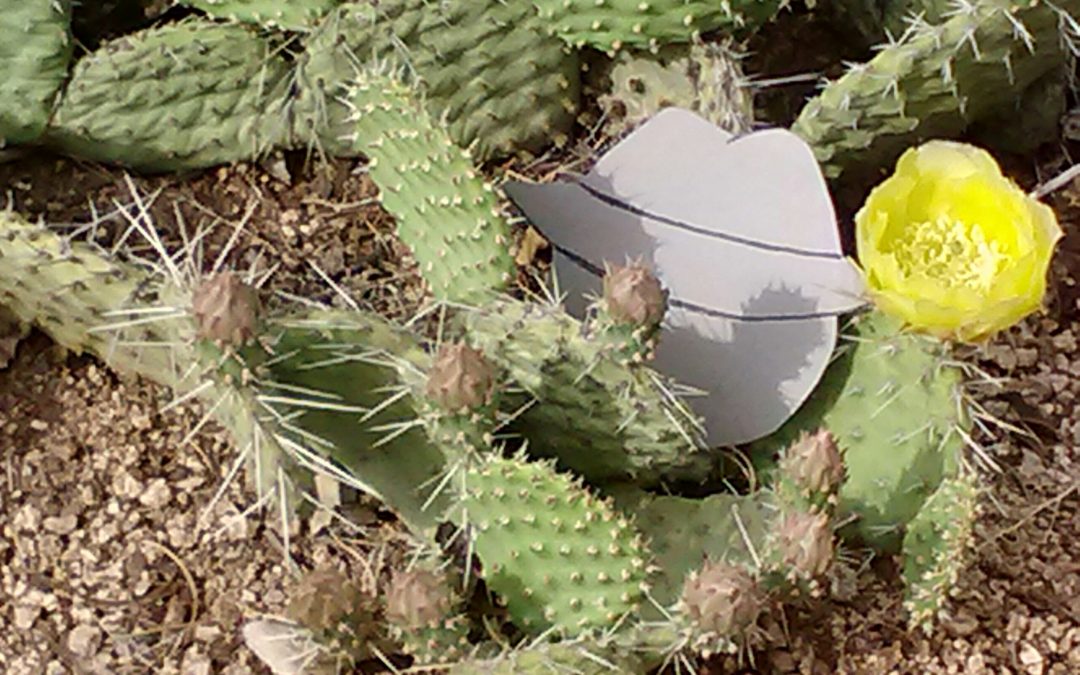 Flat Spooky is a wannabe spook whose mother was a Russian Honey Trap and father was an extra in The Bourne Legacy.  He came home with me from his birthplace in the back seat of a Ford Focus in San Francisco to be my Spook Consultant when Holmes is tied up with his other work. 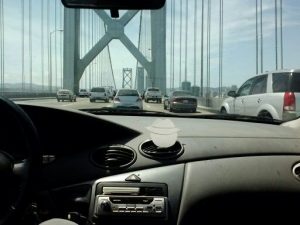 Flat Spooky driving across the Bay Bridge into San Francisco from his birthplace on Treasure Island.

Once he got to our house, he immediately began practicing his stealth techniques on our dog, Parker. Parker was not amused. In fact, he ran out of the room before I could get a picture.

When Flat Spooky disappeared the other day, I finally located him curled up on the couch with his new best friend, Grumpy Cat, and one of his true love Allison Brennan’s books. 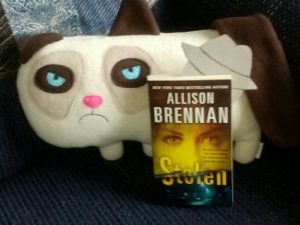 He was incredibly excited when I found him. . . .

Spooky:  “Look! She has a plain dot at the end of almost every sentence. She’s thinking of me!”

Me:  “That’s called punctuation. It’s in every book.”

In an attempt to explain, we took a “look inside” at Allison’s new Lucy Kincaid novel, DEAD HEAT. It didn’t help. He was only more convinced of her adoration.

It was clear he needed to get out more. So I took him on a hike in the mountains to practice his forest stealth technique should he ever be called on to hunt down the Taliban or kidnapped adventure tourists who waste our military’s time and resources on a fairly regular basis by doing things that their mothers and common sense warned them not to do.

Flat Spooky hiding in a cactus.

The first thing he did was run ahead on the trail and hide in this cactus to try and see if I would spot him. It wasn’t the best choice, as he quickly discovered that getting into cactus is much easier than getting out of cactus.

Spooky:  “Will Allison still want me with all of these cactus prickles?” 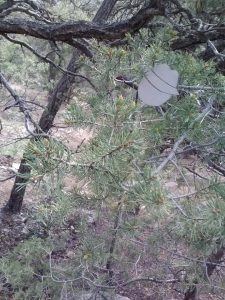 Flat Spooky spying on the trail below.

His next move was to hide in a tree to spy on the trail below us in his hopes that Allison would walk by. 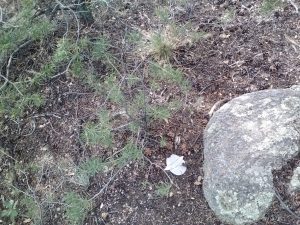 Then a wind kicked up. I took him home and put him to bed. A few hours later, I checked on him and discovered he had comforted himself with a bag of chocolates . . . My chocolates. 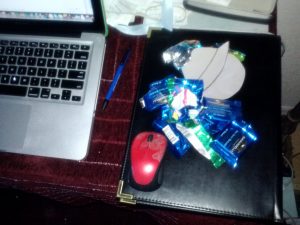 He is now in the dog house eagerly awaiting the arrival of DEAD HEAT. Parker is not amused.

How do you suggest I deal with this little guy’s crush on Allison Brennan?