The Troubling Case of Bowe Bergdahl 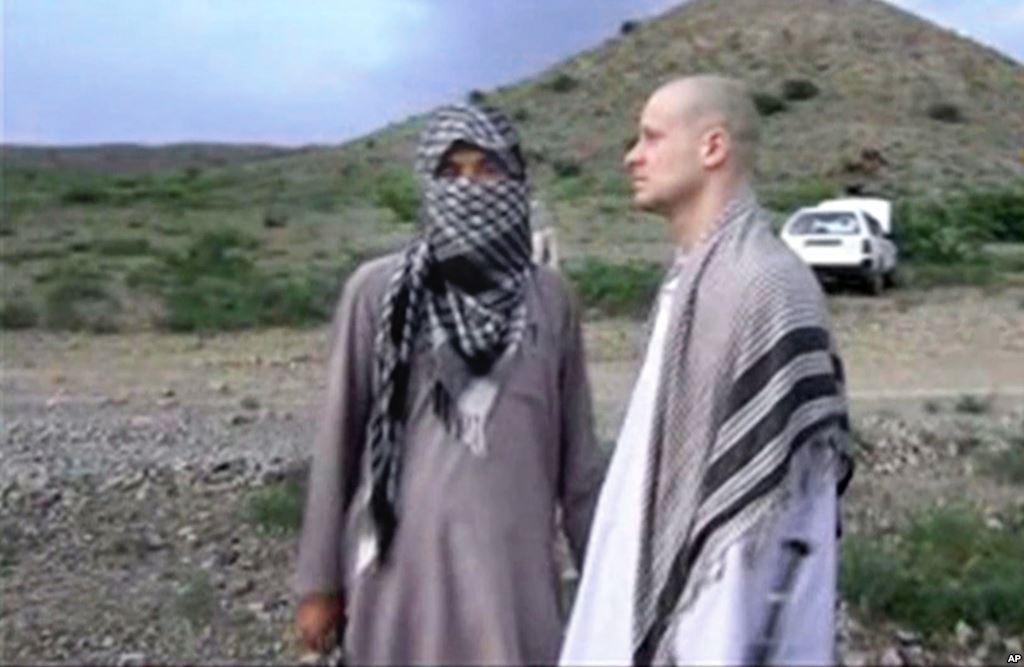 Since his release from Taliban captivity on May 13, 2014, in exchange for five senior Taliban leaders, Sergeant Bowe Bergdahl has been in the spotlight of the U.S. media. The Obama administration and much of the American media hailed the initial reports of his release as a victory and an obvious cause for celebration. However, within hours, questions began to emerge concerning the wisdom of exchanging five senior Taliban leaders for a U.S. Army soldier who had, according to his army comrades, apparently deserted his post in premeditated fashion.

Bergdahl has now become something of a transient touchstone of American politics. Members of both Houses of Congress have pointed out that President Obama violated federal law when he authorized the release of Guantanamo prisoners without giving Congress the required thirty day notice. The law is quite clear on this point. The law was included in the National Defense Authorization Act for fiscal year 2013 and was signed by President Obama. We know that the President did in fact read the law before signing it because he complained about the restriction that the law placed on him at the time of the signing.

Whether anyone in the Department of Justice or Congress will do anything about that clear violation of law is doubtful. White House Press Secretary Jay Carney has attempted to explain away the violation by saying that the President had complained about the law when he signed it, and that the circumstances were urgent.

I fear I must take responsibility for this particular instance of President Obama’s misbehavior. He was simply copying an old ploy that I invented when I was in third grade. When the nuns would assign me homework, I would complain about it and not do it. The following day, I would explain that urgencies—baseball practice, family events, reading time with better books, etc.—had prevented me from doing the homework. I stopped using that ploy when I got to high school. If I had known way back in third grade that future presidents and press secretaries would unleash such a powerful weapon against the American people, I never would have created this devastating device. I offer my sincere apologies.

The public’s response to the Bergdahl case has ranged from “Shoot the bastard!” to “He’s a hero, though I can’t explain why.” Much of this mixed reaction has little to do with legalities or illegalities. The basic controversy stems from the fact that five very dangerous Taliban leaders were released from Camp Cheerful in Guantanamo, Cuba, to obtain the release of a member of the U.S. Army who apparently deserted his post. The public’s anger concerning Bergdahl is based on statements made by Bergdahl’s platoon mates and a 2010 Pentagon investigation that concluded that there was “incontrovertible evidence” that Bergdahl walked away from his unit. Bergdahl has not been convicted of desertion or of any other violation of the Uniform Code of Military Justice, and he might or might not ever face a court martial. 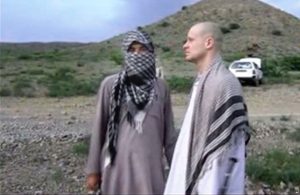 Chairman of the Joint Chiefs of Staff General Martin Dempsey now explains that, “The questions about this particular soldier’s conduct are separate from our effort to recover any U.S. service member in enemy captivity,” and that, “Like any American, he is innocent until proven guilty. Our Army’s leaders will not look away from misconduct if it occurred. In the meantime, we will continue to care for him and his family.” I trust and respect General Dempsey, and I accept his position as rational. Precisely how much the U.S. was willing to give the Taliban in exchange for Bergdahl is another matter.

On June 30, 2009, Bergdahl vanished from his army post in Afghanistan. In statements that he made to his battalion mates and emails that he sent to his family prior to leaving his post, he made it clear that he was angry with the United States of America, and that he was ashamed of being American. So what would make any sane member of the U.S. Army turn into an American-hating deserter? The question might not quite apply in this case. He may have not been all that sane to start with.

A glance at Bergdahl’s background raises questions about whether he was ever fit to enter the U.S. Army in the first place. Prior to joining, Bergdahl had traveled to France and had attempted to enlist in the French Foreign Legion. To their credit, the Legion rejected his application. Somehow, the U.S. Army failed to detect the same issues, or it ignored whatever had concerned the French Foreign Legion.

Once Bergdahl arrived in Afghanistan, he began learning to speak Pashto. According to his battalion mates, he became more anti-social and spent more time with Afghans than with his platoon mates.  Bergdahl’s father is certain that he became socially isolated from his comrades while in Afghanistan. The very fact that Bergdahl was willing to wander off alone into the wilds of Afghanistan calls into question his ability to make rational decisions.

It’s a large Army and a volunteer Army. The pool of enlistment applicants is by no means infinite. If the Army were to exclude every youngster that seemed a little odd or that had previously acted immaturely, it would be a very small Army. I can forgive the U.S. military for its imperfect recruiting methods. Many of our nation’s military heroes did not always act like saints. The U.S. military will not find perfect screening tools for candidates. Such tools do not yet exist.

My personal judgments concerning Bergdahl’s conduct are not important. The opinions of his battalion mates should not be quite so easily dismissed. Thus far, it is clear that the majority of men that served in combat with Bergdahl are certain that he is a deserter. The Army is stating that this case will be fully investigated. But the president has the power to order this or any other investigation to be abandoned, or to deliver whatever conclusions he desires to have delivered. Both President Johnson and President Nixon directly intervened in major courts martial cases during the Viet Nam War for political reasons. President Clinton intervened during the Iraq No-Fly Zone operations. I don’t doubt that President Obama will do the same.

On the other side of the coin, the five criminals that were released had previously dedicated themselves to the anti-Western, anti-reason, Stone Age agenda of the Taliban. I expect that they will continue to do so. 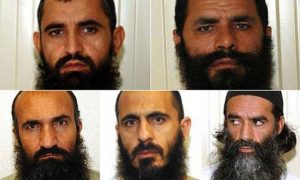 The Pentagon cannot resolve the underlying issues of the Bergdahl controversy. They are political in nature. The propaganda efforts put forth by the spin-demons in D.C. have been amusing but not terribly effective. Democratic Party stalwart and Senate Intelligence Committee Chairwoman Senator Dianne Feinstein has contradicted the White House’s assertion that they were forced to act quickly because Bergdahl was in imminent danger. It looks like a major political disaster in the making, but my best guess is that it will all soon fizzle. In all likelihood, the public relations fallout will not greatly influence political events in the U.S. A great number of both the president’s detractors and supporters are dogmatic in their politics, and neither this nor any other event will easily influence their loyalties. The president and other politicians understand this and act accordingly.

On the bright side, there is a glimmer of hope in this and in every other political disaster in the U.S. There are significant indications that young voters are less likely to settle for a constant diet of dogma to satisfy their political wishes. In spite of our best efforts to fail, we may have succeeded in raising a generation of Americans that are somewhat less politically gullible than previous generations have been. Call me a wild optimist, but it seems to me that the defective political products that have sold so well in the American political market place might not sell so well in the near future. The buyers are becoming more leery. Let’s hope that that trend will continue.

In the meantime, the Bergdahl case won’t have much influence on our policies or operations in Afghanistan. The Haqqani terrorist branch of the Taliban have their five extra zealots back, and they will continue to grow and to exert whatever influence they can in Afghanistan and Pakistan. Although it’s infuriating to see terrorists set free, it won’t matter much in practical terms. The White House does not wish to burn much more of its shrinking political resources in Afghanistan. We are leaving regardless of what changes might occur there. Whether or not the Afghani tribal leaders will be willing and able to allow government to occur in our absence remains to be seen.