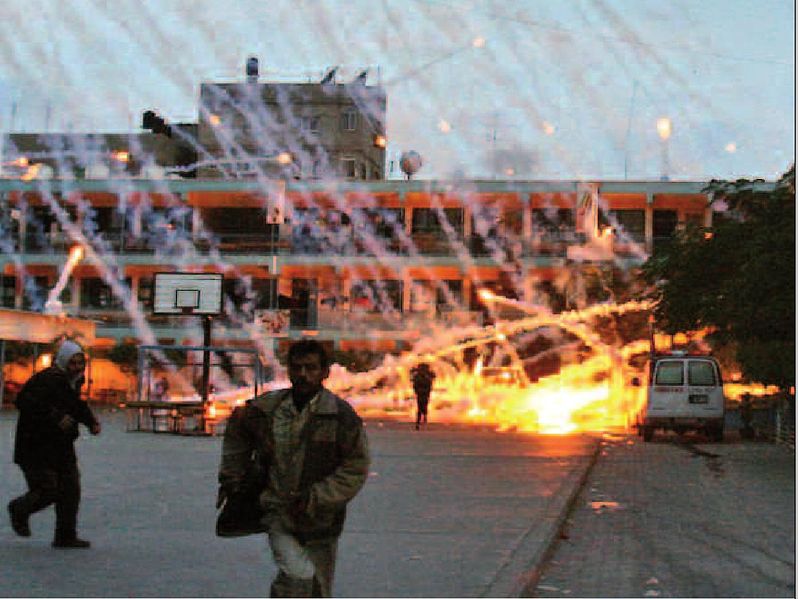 When the current Israeli/Palestinian conflict recently flared up, Holmes and I discussed the possibility of a fresh article on the topic. We concluded, however, that there was nothing fresh to say. To verify this, I looked up an article that Holmes wrote in November, 2012, which was the last time the ancient hostilities peaked. This is that same article, word for word. It was true then. It is true now. Generally speaking, it has been true for decades. We hope for the day when it is no longer true. 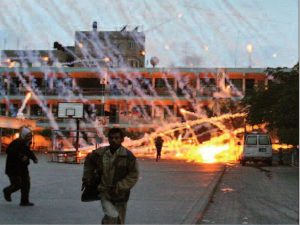 Today, news watchers in the West are seeing reports about the Israeli bombing of Gaza. Some are wondering if this week’s events in Israel and Gaza are the start World War Three.

Before throwing one more opinion into what will certainly not be the bloodiest war, but likely the most mediated war, let’s take a moment to consider the children on both sides of the border. These children have no control over the relations between Gaza and Israel, but the one constant tragedy in Gaza and southern Israel is that the children always suffer.

To attempt to understand the current events in Gaza, we can help ourselves by considering a few of the less obvious facts.

We in the West think of Hamas as being in control of Gaza. Hamas likes to think that, as well, but it is not altogether accurate. Hamas appears to be one more run-of-the-mill Islamic terror group marching happily in step with all the other Islamic terror groups. But terrorists wreak havoc. This leaves them unskilled at performing anything like government. As a result, Hamas cannot control what goes on in Gaza.

Hamas is not even able to march happily in step with itself, which seriously impairs its ability to influence other Islamic terrorists in the area. The chaotic conditions in Gaza allowed competing terror groups to vacation there, and some of those vacationers decided to stay. Those groups do not obey Hamas. They obey whoever provides them with cash, weapons, hash, hookers, etc. Usually Syria and Iran would be that somebody, but Saudi Arabia and Gulf states are sometimes soft touches for cute young terror groups.

We in the West are not supposed to believe such dastardly things about our Saudi “friends.” However, the New American Reality Dictionary defines “friends” as, “Anyone who ships oil to the US.”

Regardless of where the cash and weapons come from, we know where many of them end up—on Israeli roof tops. The current Israeli leader is Benjamin Netanyahu. The Israelis call him something else. I call him Beny Buddy. He calls me nothing at all. He never even calls me. I am not his friend. I’m not sure Beny does the friendship thing much. Living in that region might do that to a man.

In any event, his name hardly matters since this conflict predates him. Netanyahu and Likud, his political party, cannot remain in power if hundreds of rockets and mortar rounds from Gaza continue to land in Israel every month. From the Israeli perspective, the motives for the looming Israeli operations in Gaza are simple. The Israeli people don’t like rockets and bombs falling on their heads, and the current Israeli leadership does not like losing elections. Also, with Iran increasing the potency and quality of its missiles, the Israeli intelligence services might be feeling less patient than usual about the Gaza launch base.

The Hamas motives are a little trickier to define.

It takes a bit of guesswork, and that is because they are still guessing about it themselves. As long as Gaza remains in a state of chaos without any worthwhile government, and as long as start up terror groups are cutting their teeth in “Palestine,” anything can happen. And now it has.

While the Israelis love driving American tanks, they don’t always love American methods. Israel is not living on a giant Chinese credit card like the Pentagon is. If Israel calls up reservists, which it has, and it moves armor toward Gaza, it is NOT because Israelis think it is fun to waste fuel they cannot produce and can barely afford. Those tanks will end up in Gaza.

Hamas fully realizes this, and they are currently doing their best impersonation of innocent victims. They are not great actors, but they play for an easy audience—the Western media and Islamic-financed propaganda outlets. Hamas wants to generate “international outrage” as quickly as it can in order to give Israel as little time as possible to drive around Gaza blowing up rocket supplies with those cool tanks.

The Israeli lobbyists and propaganda outlets will seek the opposite. But Israelis are currently out of fad with a majority of Western voters, so they will be looking rather frustrated if you see them prowling the halls of the capitol or sitting in for some attack journalism by CNN interviewers.

I can just imagine a call from Iran to Hamas . . . “Okay. We’re sending more rockets. Rockets are supposed to blow up on those Jews, NOT in Gaza. Rockets don’t grow on trees, you know. If you can’t learn to take care of the rockets we give you, maybe we need to give them to someone else.”

One can find absurd humor in all of this as long as one does not live in or have relatives living in the region. Then the humor begins to pale. The children of Israel and Gaza have little to laugh at this week. They won’t have much next week, either.