Another Day, Another Battle–The Israeli Counter-Attack on Gaza 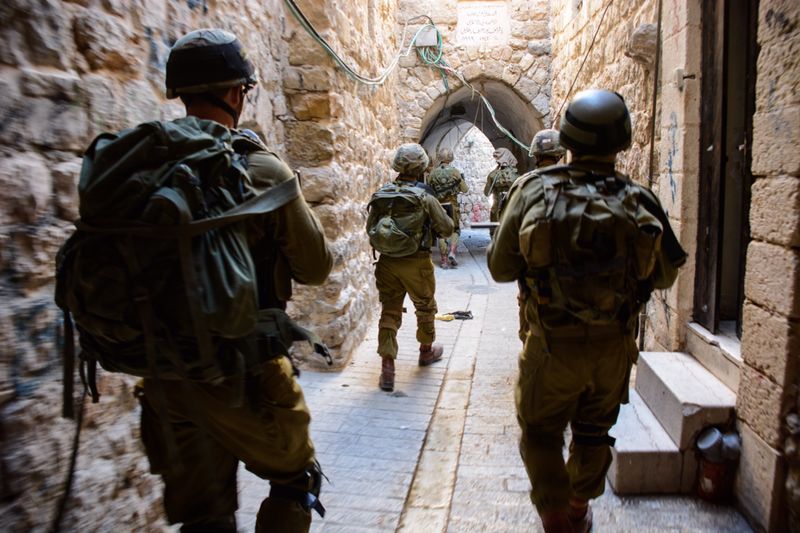 The governments of China, the EU, India, Turkey, and the USA joined the UN in agreeing to negotiate with the new Hamas-Fatah unity government. These countries and organizations announced their agreement to work with the Hamas-Fatah union in spite of the fact that Hamas has not waivered from its stated central goal of annihilating Israel and converting all of Palestine, including what is now Israel, into a Sunni Islamic fundamentalist state. This was particularly odd on the part of the EU and the USA, since those governments had previously been very clear in declaring Hamas to be a terror organization.

After the EU and the USA announced their acceptance of the new Hamas-Fatah union, Israel became less receptive toward EU/USA brokered peace negotiations. From the Israeli point of view, the EU and the USA could easily afford to trust the new Palestinian unity government because rockets from Gaza and terrorist attacks originating in Gaza and the West Bank would not be targeting either of them. The new Palestinian government took power on June 2, 2014.

On June 12, three Israeli teenagers were kidnapped from the West Bank. At the same time, the number of Hamas’s rocket attacks from Gaza into Israel increased sharply. The Israeli Air Force responded to the increased rocket attacks by launching air strikes against Hamas targets in Gaza.

The kidnappings and Hamas’s gloating about them have served to silence the voices of reconciliation within Israel. On June 30, the dead bodies of the three kidnapped Israeli teens were found near Hebron. The Israeli government came under increasing pressure from its citizens to act against the kidnappers. In July, Israel rounded up Hamas leaders and some of their affiliated terrorist pals in the West Bank.

On July 17, Israel and Hamas agreed to a five-hour humanitarian ceasefire for the purpose of delivering food and medicine to Gaza. After the ceasefire ended, the Israeli Army entered Gaza with the stated purpose of destroying tunnels that served Hamas and other terrorist groups as weapons depots and passages for terrorist raids into Israel from Gaza. The Israelis claim that they found evidence indicating plans to use the tunnels for a massive, coordinated terrorist strike against Israel in September of this year. 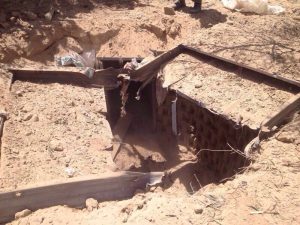 As soon as Israel withdrew from Gaza, another 72-hour ceasefire took effect. This time, Hamas did not overtly violate the ceasefire. After the ceasefire ended, Hamas again launched rockets from Gaza into Israel, and the Israelis resumed shelling Gaza.

Thanks to Israel’s “Iron Dome” air defense system, most of the Hamas rockets did not reach targets in inhabited areas of Israel. Thanks to the Iron Dome system and Israel’s well-organized emergency medical facilities, the fatality rate during this summer’s fighting in Gaza have thus far amounted to less than one hundred Israeli deaths, but approximately 1,800 Palestinian deaths. Israel claims that between forty and fifty percent of the Palestinian deaths have been Hamas and affiliated combatants. Hamas claims that nearly all of the Palestinian deaths have been innocent civilians.

In Gaza, at least three UN facilities have been hit. The assumption has been that they were hit by Israel, but Israel points out that they never target UN aid locations or shelters, and Israel says it suspects that Hamas is responsible for at least some of the damage to UN locations. The TV coverage of grief stricken refugees weeping over dead children in UN shelters has been a public relations disaster for Israel, but what actually occurred and who is responsible for the tragedies has not yet been determined. If evidence indicates that Israel is not responsible for the attacks on UN locations, it will still be too late to prevent the public relations damage.

Interestingly, the Arab nations have not loudly condemned Israeli military action. This might be because many of Hamas’s usual allies in Kuwait and Qatar are experiencing second thoughts about instigating radical Islamic movements as they watch ISIS Islamic fundamentalists rape and pillage their way across neighboring Iraq. Most of the condemnation of Israel has come from the UN and from the West.

Since Hamas’s consolidation of power in Gaza in 2005, Western nations have almost completely stopped economic aid to Gaza. At the same time, Israel has tried to maintain an effective blockade of Gaza to prevent increased imports of rocket parts and other weapons from Iran. It is at times amusing to listen to various Iranian government spokesmen contradict each other as they brag about giving rockets, improved rocket technology, and other weapons to Hamas, while simultaneously denying sending Hamas rockets and weapons. I imagine that Iranian government foreign policy meetings must resemble a Three Stooges episode or a Marx Brothers movie.

In any event, while the rockets continue to fly into Israel from Gaza, the Israelis aren’t laughing. The exchange of fire between Hamas and their affiliates in Gaza and the Israeli Army continues. Early Sunday morning, August 10, Hamas rejected peace talks in Egypt. Then, around 8 A.M. Washington, D.C. time, Hamas announced that it is willing to participate in peace talks in Egypt. It could well be by the time this article is published that Hamas will have changed their minds three more times.

So what does this all mean for Israel and the Palestinian people in the near future? Sadly, my best guess is that although Hamas might be temporarily motivated to lower the level of fighting, they will still maintain their despotic rule in Gaza while they attempt to improve and replenish their rocket inventory with help from Iran. The Israelis will try to improve their very expensive Iron Dome system while simultaneously trying to improve their intelligence on terrorist activity by Hamas and their affiliate gangs in Gaza. The Israeli people will continue to live with the tension that has always been pervasive in Israel, and the civilians in Gaza will continue to suffer under the miserable administration that Hamas and Fatah have thus far delivered.

For the rest of the world, I would not recommend a vacation to either Gaza or Israel right now. Tragically, millions of children caught in the middle of the conflict don’t have that choice.