Espionage Truth & Fiction — The Equalizer Gets Some Things Right 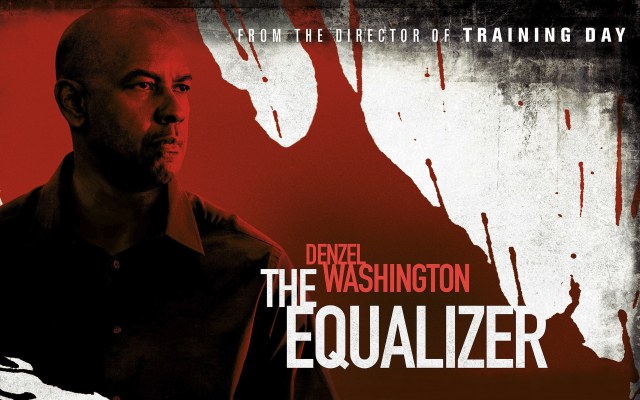 The Equalizer is a thriller film by Antoine Fuqua in which an ex-CIA operative must defeat the Russian mob to save his friend. Denzel Washington plays Robert McCall, a widower who has left his former life of intelligence fieldwork. He keeps a simple life as a supervisor at Home Mart in Boston. Each night, his insomnia drives him to a corner diner with a classic book, where he chats with Alina (Chloë Grace Moretz), a young prostitute who is pimped out by the Russian mob. When Alina is brutally beaten and hospitalized by the Russians, McCall determines he will prevent her keepers from ever hurting her again. His decision triggers a series of events that lead to Moscow and to one of Russia’s most powerful oligarchs.

Though this movie is not intended to be a documentary, it gets several Truth & Fiction aspects right.

One: Robert McCall is a former CIA operative.

Two: Robert McCall is a man who wears jeans and plain button up shirts.

While some former intelligence operatives might wear leather clothing and ride motorcycles, it is not required. In fact, most people who are confident that they can kill you with their pinkies prefer to appear as innocuous as possible. Life is just more comfortable for everyone that way.

Three: Robert McCall works as a supervisor at “Home Mart.”

Except for presidents and congressmen, no one gets rich by working for the government. That includes intelligence operatives. As a result, when they leave, most of them must find other gainful employment, and that might be anything from selling used cars to teaching high school to assisting people with their lumber purchases at a home improvement store.

Four: Robert McCall does not rely entirely on firearms to kill the bad guys.

One of the best parts of this movie is the creative way McCall kills off his opponents. A large showdown takes place inside a home improvement center. While our hero unrealistically passes on the obvious opportunity to pick up a few heavy firearms from the skumbags he kills, his creativity in killing with common store items is worth the price of admission. Through the entire movie, he lays out approximately two dozen bad guys, but he only shoots one of them with a firearm. 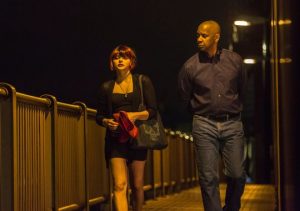 Robert McCall and Alina
Image from The Equalizer

Five:  Robert McCall is in control.

Operatives certainly have their bad days, and sometimes they end up in situations that are beyond their control. But, as Holmes says, “If you’re in a fair fight, you’re using poor tactics.” In every situation, our hero in The Equalizer has the upper hand.

It’s worth noting that this control is actually a negative when it comes to sustaining tension. At no time is the viewer genuinely worried that McCall won’t survive an encounter in order to collect his paycheck and do another movie. However, he is so creative in how he maintains control that this doesn’t sink the film.

Six:  Robert McCall dedicates himself to his chosen mission simply because he believes it is the right thing to do.

As a general rule, American intelligence operatives are an idealistic lot who devote themselves to their professions because they want to make the world a better place for innocent people to reside. No one does it for the money. 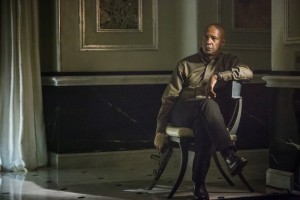 The Russian mobster at the top of the international crime food chain is aptly named Vladimir Pushkin. (All similarities to any living Russian oligarch are, no doubt, purely coincidental.) We see very little of Putin Pushkin, but where we do see him, he is behaving realistically, exhibiting disbelief that anyone would actually kill him, combined with the confidence that he can buy his way out of the situation.

Overall, The Equalizer is a thoroughly enjoyable movie that impressed me with its creativity. Denzel Washington is excellent in his role as the man people turn to when they have nowhere else to go. Chloë Grace Moretz does a great job breaking out of her Kick Ass role to show a bit more diversity. And of course, who doesn’t want to see a Russian mobster named Vladimir Pushkin get what’s coming to him? If you enjoy thrillers and justice movies, you will likely enjoy this one.

We are pleased to announce that our first Bayard & Holmes spy thriller novella, THE SPY BRIDE, will be released in the RISKY BRIDES bestsellers’ collection on October 21 from Magnolia Press. 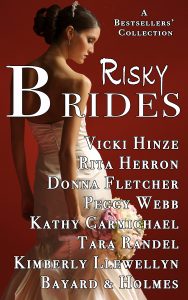