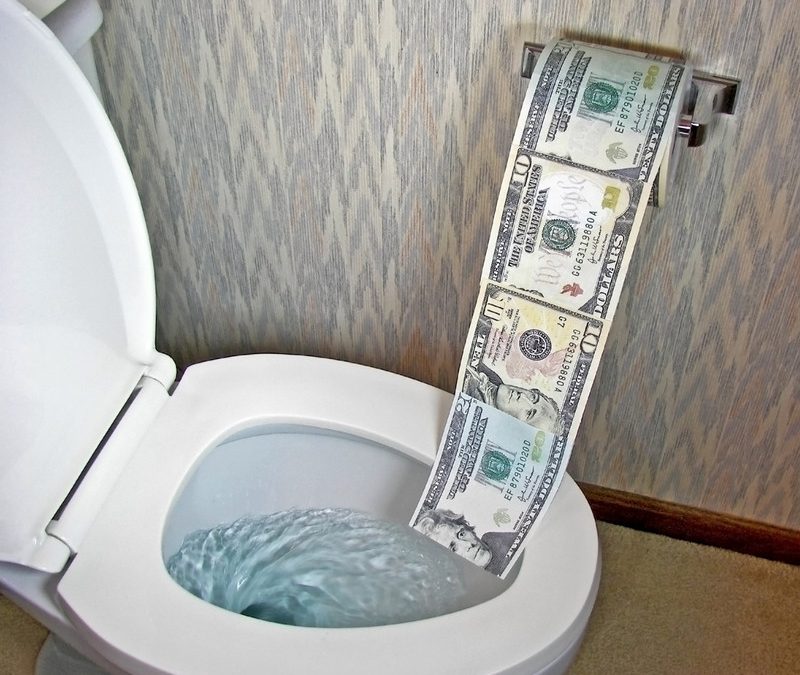 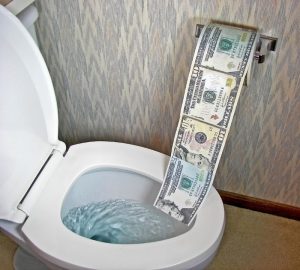 I am not a bomber expert, so I am happy to disclose my limitations in assessing bomber development. I am not a bomber pilot or even a pilot at all. I have never served in the US Air Force or anyone else’s air force. I am not any type of aviation engineer, nor have I ever dated one. It’s fair to say that I am not an aviation expert.

My qualifications for having an opinion on the US Air Force’s new bomber program are thus:

So, from this limited perspective, I offer my response to the scarce actual information and abundant “expert” opinions that have been published about the next US Air Force bomber.

For ease of communication, let’s refer to the imaginary new bomber as the “FD”—short for Flying Deficit.

Aviation “experts” thus far all agree that the greatest challenge to producing FD bomber will be the unreasonably tight price limitation of $550,000,000 per plane. To mere mortals, the price tag sounds dizzyingly high. Count me with the mere mortals.

So what does it mean that so many “aviation experts” are in a state of “deep concern” over the $550,000,000 suggested retail value for each FD bomber?

Are all of us non-aviation experts confused about the value of cash? Do we all fail to understand how difficult it is to make something fly and drop stuff on people we don’t like? Perhaps we are not all that confused.

Let us first examine what is known about the FD bomber. We know next to nothing. 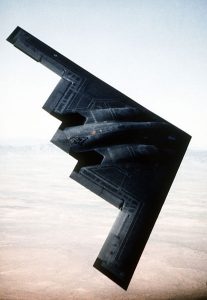 B-2 Stealth Bomber
Image by Dept. of Defense, public domain

You might find it interesting that the “experts” that are concerned about the suggested budget limitation for the FD bomber have yet to review the US Air Force’s requirements for the FD. Without knowing what the US Air Force wants to buy, they are already certain that a $550,000,000 price tag means that the next bomber will not be the best technology on the best bomber. I’m heartbroken . . . Not really.

How can well educated, experienced aviation experts suggest that the FD bomber will be an underpriced failure when the US Air Force has yet to release the actual requirements for the project?

To understand the answer to that critical question we must first understand who these “experts” are. So far, as near as I have been able to determine, they are not “aviation experts” in the traditional sense. The “experts” publishing those articles are not aviation engineers, retired US Air Force bomber pilots, or US Air Force project managers. They are, in fact, people with degrees and expertise in marketing, communications, public relations, and sales.

I was not surprised to discover that members of the Chicken Little’s The Bomber is Falling Choral Group are not bomber experts.

They harmonize well, but they don’t appear to know much about aviation, the sky, or falling bombs. What I have not been able to determine is how many of these “experts” have received free pens, free lunches, free junkets, free prostitutes, jobs, etc., from corporations that are hoping to receive a share of the “bomber windfall.” Thus far, the two competing potential prime contractors are Northrup Grumman and a team comprised of Lockheed Martin and Boeing. As is always the case when we consider opinions on large government projects, we must consider the source.

As of the time of this article, the US is in debt to the tune of $18 trillion. That figure is increasing every day, but what’s a few hundred billion between friends?

So while we accumulate debt faster than teenagers can consume pizza or congressional aids can snort cocaine, we are being told that rather than questioning the high price tag for FD bomber, we should actually be apologizing to the defense industry for expecting them to produce an adequate bomber for a measly $550,000,000 each. Shame on us . . . Not really.

My best guess is that a bomber that costs $550,000,000 each leaves lots of cash for PR campaigns peddled as “expert opinions.” Before you are overcome by shame for making the US Air Force use such a low budget bomber, you might want to drop a line to your elected officials to ask them why this, and other future projects, and so many current projects, cost as much as they do. Efficiency in defense spending will not get better until we, the taxpayers, convince Congress that, unlike them, we are not so easily boondoggled.