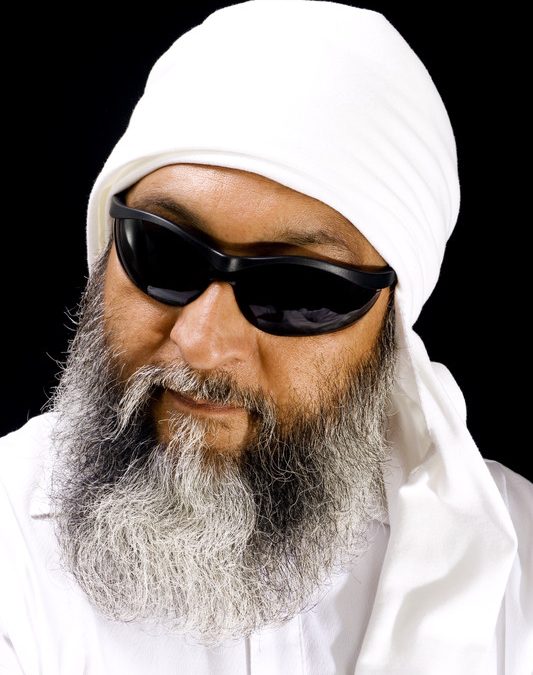 News and social media are awash with opinions and pseudo-facts about the Syrian refugees. One fact, though, is that hundreds of thousands of people are caught in a desperate situation between a Europe that is closing its doors and a country back home that is shattered into warring factions, some of which are sponsored by Titans with their own agendas.

As Westerners, we, as nations, strive for open hearts and open minds, and we want to help these desperate people. However, another fact we know is that thousands of jihadis are mingled among the desperate, exploiting this opportunity to position themselves in the West.

Therein lies the crux of the problem. How do we tell the difference? How is it possible to vet refugees with no recorded past? 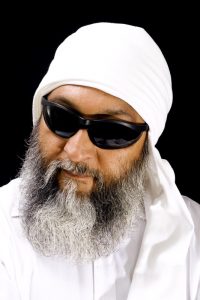 We decided to pose the refugee dilemma to our staff intelligence, terrorism, and asymmetric warfare specialist, Sheik Mullah Ali Baba Muhammad Faqwahdi al-Lansingi, a.k.a. Sheikh Mo. Mo, a retired terrorist himself, knows how to see things through the eyes of the enemy. Jay tracked him down to his new mobile communications and command center to question him about the Syrian refugee situation.

The following is Jay’s actual conversation with Sheik Mo . . .

Sheikh Mo, that’s quite the antenna array on the roof of that lovely catering van you have there.

You know, Jay, with this van, I can talk to people all the way in Pakistan or Gaza without paying for a phone call. And I get all my favorite football games. There’s a big game in Qatar this weekend.

Isn’t that the New York City FBI building behind you?

Yes, I sell to them all day. This is a great location. So many federal employees around here. They love my food. I have health food, too. Sugar free, fat free, gluten free, caffeine free, whatever free you want, I get for you. No problem.

Thank you. I’ll keep that in mind. I can’t help but wonder, don’t any of the FBI folks or the DHS people ask you about those antennas? I mean you’ve got that vast array right at Federal Plaza…. 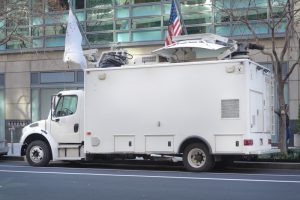 Antennas? They ask me all the time, “Can you get the Jets games? Can you pick up the hockey games?” They all want to know the scores, so I give them the scores from all the games. It’s great for business. I can always tell which FBI agent has a gambling problem. When I tell them the score, they turn white and choke on the falafel. I like these FBI guys. They are great customers. And so polite. They always tip.

That’s very thoughtful of you . . . Our readers need your expert input. What do you think about the Paris attacks? Many in the West are pointing to them as a reason why Syrian refugees should be refused.

Wow, those attacks were so stupid! Those ISIS people are so yesterday, like thirteen centuries behind everybody else. In the PLO, we learned that random bombings are no good. You start bombing planes and cities, and you end up eating cruise missile for breakfast. ISIS looks like they are not happy until everyone hates them. Now they are not just losing ground in Syria, they are losing ground in Europe. The way they are going, they won’t even be able to sleep in the Libyan desert. I think they might be first Islamic terror group to have to move their headquarters to the South Pole.

What do you think about the President’s plan to bring more Syrian refugees to the US?

Well, you know, I like Obama. In the last elections, I voted for him twenty times back in Lansing.

I’m sure he appreciates your support, but you should only vote once in each election.

I’m sorry, but you know me. I love this whole democracy thing. I love voting. It’s like an addiction. I need a Voters Anonymous . . . But this Syrian refugee thing sounds a little strange to me.

It’s kind of funny, everything they are saying about “vetting.” They must not know what Syria looks like today. Are they going to call the Syrian police and ask what record the guy has? Who do they think is going to answer the phone? That’s so crazy.

And UN is supposed to interview the refugees first . . . Didn’t the UN just put Saudi Arabia on Human Rights Council? The same Saudi Arabia that funded those ISIS amateurs in the first place? That UN can’t tell a jihadi from a goat in a tutu.

Then the FBI and everybody else is going to interview each one? Like they say here in New York, “Forget about it.”

The government says it will take more than eighteen months. It takes eighteen months to get no reliable information from Syria? They should pay me to do it. For half price, I get them the same “no information” in five minutes. But you Americans think it’s good when the government is slow. It makes you think they are doing something. It makes you think they are so busy. It’s crazy.

I like these FBI people. I am making friends with lots of them. Very nice people, but what are they going to do in an interview? They ask the guy if he is terrorist, he says “No.” Big deal. Remember those kids from Chechnya, the ones that bombed Boston? Russia told the FBI they were terrorists. The FBI talks to them and says “No problem, nice guys.” But then you have big problem in Boston.

So, good luck with all this “vetting” business. I just don’t see how this is going to work. And anyway, there are already enough catering vans in the United States. We don’t need more!

Maybe I should add Mobile Vetting Service to my menu….

Mo, it’s always interesting getting your expert opinions on terrorist issues. Good luck with your lovely catering van, and please stop voting. You are not a US citizen.

Ok, ok. Just for you, my friend, no more voting. But ask your bigshot government friends if I can get in on this “vetting” business. Tell them I have friends in Syria. I give them half off just because they know you.

I’ll be sure to mention it to them, but I have no close friends at the FBI. I think you are closer to them than I am. Thanks for all your insight. I’ll talk to you again soon. Best of luck to you.

OK, Jay. Have a nice Thanksgiving.

And there are the issues. We encourage people to remember that compassion and caution are not listed as opposites in the dictionary. It is only by coming out of entrenched positions and facing reality that we will be able to handle this humanitarian crisis. The reality is that desperate people are in need, and that evil people, whose goal is to destroy us, are seeded among them. The reality is that there actually are no ways to verify the difference. What risk are we, as a nation, willing to take in our compassion?