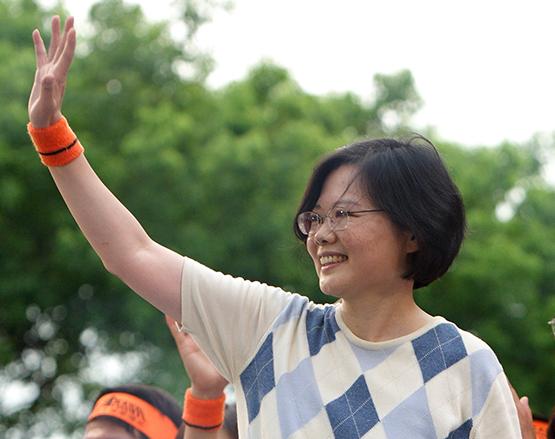 On January 16, 2016, Taiwan held national elections. The results were clear. Dr. Tsai Ing-wen, the Democratic Progressive Party (“DPP”) chairperson and presidential candidate, won a landslide victory with 56.1% of the votes. Eric Chu of the Kuomintang Party (“KMT”) garnered 30.1% percent of the votes. 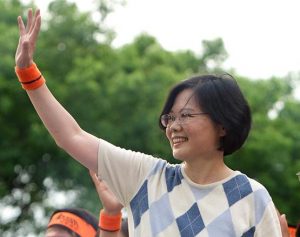 In the same elections, the DPP achieved a clear majority in the legislature, winning 68 of 110 seats. That is enough for the DPP to legally overcome any opposition in the legislature. Whenever a national election results in a landslide, usually at least one of two things is true – either the elections are the single candidate, North Korean style farce, or the voters are unhappy with the status quo. In the case of Taiwan, it is the latter, but there is more to it than that.

Prior to the elections, the Taiwanese public had made it clear that they were tired of the corruption and economic mismanagement that their government had inflicted on them. On January 16, they were largely voting for change.

At the same time, a significant portion of previously steadfast KMT loyalists had lost faith in their party because the KMT had shifted toward overt cooperation with the communist regime in Beijing. The KMT had bet heavily on the benefits of economic cooperation with Communist China. That bet did not pay off.

It is a mystery why the Kuomintang Party ignored the pathetic examples many Western nations have set by trusting Communist China in business and diplomatic dealings. A glance at the last thirty years of US history would have let them know what to expect. They either never took that glance, or they were serving interests other than those of the people of Taiwan.

Communist China’s reactionary response to the DPP’s victory was swift and predictable. The regime in Beijing publicly warned Taiwan that any attempt at declaring independence will result in an immediate, crushing military defeat by the Red Army.

To Westerners, this response might sound a bit severe and childishly undiplomatic, but nobody in Taiwan was surprised. The communists have been demanding the “return” of Taiwan to Communist China since the Chinese Nationalist Army retreated to that island in 1949. Since then, “obey our rule or die” has been Beijing’s standard mantra toward Taiwan.

One might wonder why, since the Maoist regime in Beijing was so easily able to invade and occupy Tibet, wouldn’t they do the same with Taiwan?

The answer is water – about 110 miles of it. That’s the distance from the mainland shores to the beaches in Taiwan. The Red Army did not require a navy to invade and occupy Tibet. Invading Taiwan, on the other hand, would require a strong enough navy, and China does not quite have that yet. They are working on it. For decades, Communist China has consistently declared its intent to “reunite” Taiwan “by force, if necessary.” So far, the threats have not caused the Taiwanese to surrender their freedom to Beijing. When the KMT decided to move closer to the communist regime the Taiwanese voters threw them out.

So what do the election results mean for Taiwan’s Western Pacific neighbors?

For South Korea, Japan, the Philippines, Indonesia, Viet Nam and Brunei, it’s good news. All of them have grown weary of Communist China’s increasingly aggressive policy. Taiwan’s increasing acquiescence to Beijing had been a worrying development for them.

What does it mean for the United States of America?

For the moment, the reaction in the US has been quiet relief. In diplomatic terms, here is the official US response:

“We share with the Taiwan people a profound interest in the continuation of cross-Strait peace and stability. We look forward to working with Dr. Tsai and Taiwan’s leaders of all parties to advance our many common interests and further strengthen the unofficial relationship between the United States and the people of Taiwan.”

Leave it to the folks at Foggy Bottom to simultaneously use the terms “profound” and “unofficial” when taking a “stand.” Or would that be a “non-stand?”

Diplomatic ambiguity aside, US leaders, albeit at the pace of a disabled snail, have come to realize that China has, in fact, been telling the truth for the last sixty-six years concerning its aggressive intentions, and that even the government in Beijing occasionally speaks the truth.

Hard core Beijing-lovers in Washington have fallen on hard times. Their cash is still welcome, but they are as out-of-fashion as integrity inside the Washington Beltway. In practical terms, the US government will continue to pretend to believe that fair and friendly cooperation with Communist China is possible. In the meantime, the US will allow a dribble of military aid to flow to Taiwan and the Philippines. Relations with Viet Nam will improve, and the US will send that country token military aid. The cost of the PR photo shoots in Viet Nam heralding in the new cooperation will be greater than the value of the equipment we send them.