Are you feeling abused by your political system? Disgusted with your presidential candidates, congressmen, and their yes men? Ready to move to Central America to find some semblance of organized government?

Fear not! Bayard & Holmes stand ever prepared to turn your problems into our opportunities. We are proud and excited to bring you our latest ingenious program calculated to lower your stress and increase your happiness.

For a meager donation of $1.99, you can dial or text 1-800-ZAPP-ASS and deliver an electric shock to the Political Offender of your choice—congressmen, elected officials (no Executive Privilege applies), presidential candidates, or a fervent, annoying, neighborhood political party radical. You can even use this device to zapp some sense into social media ranters, or those college kids still young enough to know everything who come to our doors, clipboard in hand, and tell us how misguided we are in our political views.

Under our proposed system, all contributions to political parties and/or candidates would require matching funding to reputable veterans’ charities such as USA Cares and the Special Operations Warrior Foundation. That way, instead of politicos SAYING they support veterans during campaign seasons to garner votes, they could actually DO it. 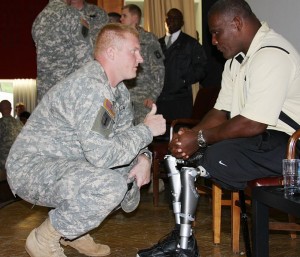 The top 12 most-zapped Political Offenders will win all expense paid vacations to Camp Cheerful Summer Camp for Adults in the beautiful blue Caribbean on the coast of Cuba.

Our highly trained Happiness Specialists will be waiting for your favorite Political Offenders with a very special fun activity designed just for them. We call it Politicalboarding. 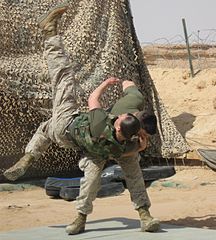 With Politicalboarding, the Political Offenders are restrained in a room together where they are subjected to each other’s company.

Then, they sit through 72 non-stop, fun-filled hours of Ted Cruz filibustering, Bernie Sanders teaching how to make your own organic, biodegradable cleaning products, Hillary Clinton explaining away her alleged Espionage Act violations, and Donald Trump preening in a mirror. The only interruptions will be diaper changes and electric shocks when their eyelids droop. After that, the Political Offenders will be forced to stand at attention until they have memorized each one of the over 2,500,000 words in the Obamacare statutes and regulations.

No worries! This is nothing like waterboarding. In fact, Political Offenders at Camp Cheerful aren’t even given water.

Once they can recite Obamacare like a Baptist Circuit Preacher quoting the Holy Bible at a tent revival, the Political Offenders will be treated to a sumptuous banquet of gluten-packed, dairy-packed, sugar-loaded, freeze dried, GMO whole wheat bread crust and a draught from the local sacred spring of Baca Podrida (translation “Rotting Cow”).

After their meal, the Political Offenders will be strapped to chairs and turned upside down in a dunking booth. Then, since Baseball is not only our religion but the All-American Sport, major league hopefuls will practice their throws. Just so you know, this isn’t waterboarding, either. It’s Strategic Dunking. 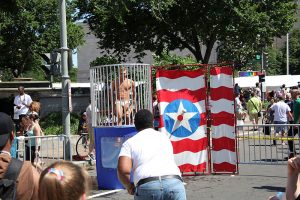 Text, phone, tweet, email, or FaceBook now and contribute your $1.99 to zapp politicians into action. Let’s remind these self-serving bozos who exempt themselves from everything from NSA spying to Obamacare that we have a special interest, too. We call it “America.”