Lt. Cmdr. Edward Lin Charged with Spying for China…And We Made It Easy 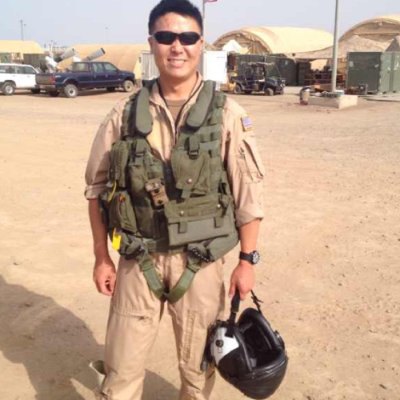 Once again, the US government has allowed your tax money and the nation’s security to be compromised in ridiculous fashion.

On Friday, April 8, 2016, the US Navy charged an active-duty maritime reconnaissance officer with passing US military secrets to a foreign government. The US Navy filed multiple charges, including espionage, against Lieutenant Commander Edward Lin during an Article 32 hearing in Norfolk, Virginia. 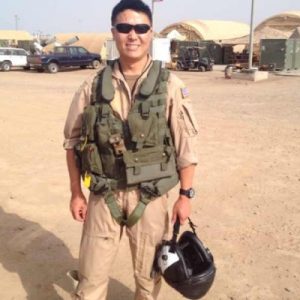 Originally, the US Navy had not released the suspect’s name or the name of the country for which he (allegedly) spied because the Navy had designated the case as a “‘National Security Case.”

A “National Security Case,” according to the US military, is one which “ . . . to any serious degree, involves the compromise of a military or defense advantage over any foreign nation or terrorist group; involves an allegation of willful compromise of classified information, affects our military or defense capability to successfully resist hostile or destructive action, overt or covert; or involves an act of terrorism.”

The Navy explained that, “NCIS and FBI are still investigating the details of this case, and, therefore, we cannot provide any additional details at this time.” Since then, unidentified Navy officers have identified the accused as Lt. Cmdr. Lin and the beneficiary of Lin’s espionage work as Communist China.

You remember China? It’s that country that has been rapidly expanding its military and is claiming large areas of international waters as their national domain. Yes, that China.

Though redacted, the charging document describes a depressing story in which Lin transported secret information out of the country without permission and then lied about his whereabouts when he returned to duty. The charging documents allege that Lin successfully committed espionage twice and attempted espionage on three other occasions. Lin is currently in pre-trial confinement at the Naval Consolidated Brig in Chesapeake, Virginia.

Given that Lin had a high security clearance and served on E-P3E Aries II reconnaissance aircraft, he likely did tremendous damage to the US.

The technical and operational information that Lin was entrusted to safeguard constitutes an intelligence coup for Communist China. The reporting on this case will understandably focus on Lin’s access as an officer in the Commander, Patrol and Reconnaissance Group.

However, Lin had access to a whole other trove of treasure for China.

He served as the Congressional Liaison for the Assistant Secretary of the Navy for Finance Management and Comptroller from 2012 to 2014. In his position as liaison to Congress, Lin would have had access to a vast array of sensitive information from every part of the US Navy.

It would be easy to assume that Edward Lin went to great lengths to succeed at such a villainous subterfuge. He didn’t. It was all too easy, and anyone could do it.

Most of the outrage – all of which Lin and my beloved Navy deserve – will be directed toward Edward Lin. In my opinion, Lin is just one small aspect of a much larger problem that we should not continue to ignore.

How did the US Navy, the FBI, and the rest of the US government manage to miss Lin’s (alleged) spying for what was likely more than a decade?

As for the US Navy, the Department of Defense, the Executive Branch and the Legislative Branches, I am much less forgiving. For one thing, Lin was a Taiwanese-born Taiwanese citizen until he was 14 years old. I disagree with the current policy that allows foreign born naturalized citizens to so easily gain high security clearances. I’m sure it’s the more politically correct thing to do, but it’s an asinine policy.

This is not the first time that the United States has lavished secret information on a Taiwanese born “alleged” spy.

If Lin is indeed guilty, then he deserves a life sentence of hard labor at Leavenworth or some obscure distant location. Most of my cohorts in the US Military and the US Intelligence Community will likely disagree with me and would prefer for Lin to be executed.

I can’t agree to that because I don’t support the death penalty. All judicial proceedings depend on the integrity and wisdom of those involved in prosecutions, and I can’t ignore that people are not perfect. For example, the government that is prosecuting Lin is the same government that was stupid enough and careless enough to make it easy for Lin to rob the taxpayers blind and endanger our national security. We now know about Edward Lin, which begs a question . . . Who do we not know about?

Regardless of the outcome of Lin’s trial, we, as American citizens, should start demanding better security standards to protect our national security and the billions of dollars in technology that we are all financing. Until our politicians have reason to think that the public is paying attention to our pathetically poor security policies, they will have no motive to fix it.

I hope that all of our readers will look beyond Edward Lin and tell their Congressweasels and their White House to start acting like adults on issues of national security. Edward Lin, if guilty, is a dangerous criminal, but this is a democracy, and We the People allowed him to do what he did.

* Note to Wen Ho Lee:  I am not the New York Times. Don’t dream of sending lawyers in my direction. You and I have met before. I meant what I said . . . Does your hand still hurt?