Duterte, Dating, & Diplomacy in the Age of Nuclear Missiles 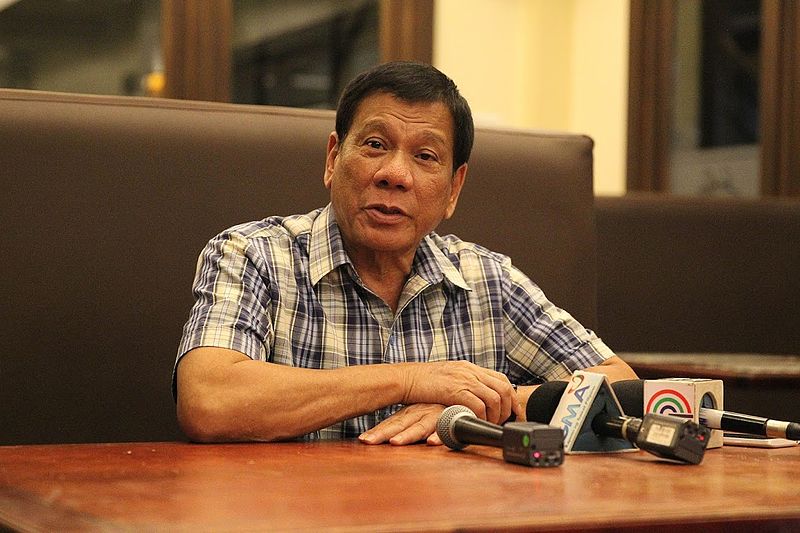 Dating and Diplomacy in the Age of Nuclear Missiles…

Part ten million one of a seemingly infinite series.

Note: For the deepest emotional experience, please play “Sweet Dreams” by the Eurythmics as you read this article.

Diplomacy is at times a bit like dating. We’ve all felt that thrilling infatuation. Sometimes it leads to a great night or weekend, or, if you’re very lucky, a few good decades. But in romance, as in foreign policy, some relationships start poorly and go to hell all too quickly. At least in those cases, when the first date is horrific, you have a chance to avoid a bad marriage with an abusive creep. Don’t pass on the chance. 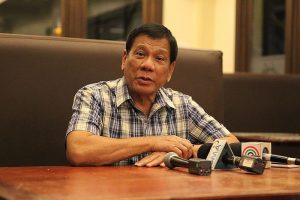 Many of our readers are now quite familiar with the challenges and problems facing the US and other nations in the South China Sea. The short description of those problems is “China.”

Many readers are also familiar with that colorful new celebrity on the world stage, Rodrigo “Rody” Roa Duterte. Normally, sensible people avoid weird-acting dudes called “Rody,” but this particular weird dude is now the leader of one of our key Asian allies, the Republic of the Philippines.

Most Americans and Westerners became aware of Rody this summer when, within a matter of a few weeks, he publicly called the US Ambassador to the Philippines a “gay son of a bitch” and then, for an encore, he called US President Obama “that son of a whore.” Foreign policy gurus the world over are all prompted to ask the same obvious question. I can answer that obvious question here and now. US Intelligence services have definitive evidence that, in spite of the strong similarities between them, Rody Duterte is not the long lost brother of North Korea’s Kim Jong Un.

Rody’s anti-American outbursts were prompted by the fact that the US government, in an underwhelming response to the alleged 3,000+ recent murders by Rody death squads, had suggested to him that he might please consider following the Philippines constitution when conducting his campaign against “crime, corruption, and drugs.”

The Philippines does indeed have serious problems with violent crime, corruption, and drug addiction. When Rody Duterte was the mayor of Davao City, he gained fame, and infamy, by conducting a violent campaign against criminals. Some questioned if, while killing drug dealers and drug addicts, he hadn’t accidentally murdered a few innocent Philippines citizens that happened to oppose his political career. Accidents do happen. In Davao City and Manila, they seem to happen a lot.

While Duterte has only recently become an annoying clown to Americans and Westerners, he’s been aggravating folks in the Philippines and neighboring states for a few years.

As Mayor of Davao City, when journalists questioned him about possible connections to extrajudicial death squads, he casually responded “Yeah, I am death squad.” Prior to being elected to the presidency of the Philippines, Duterte bragged to reporters that he would kill up to 100,000 criminals if elected President.

In May of 2015, New York-based Human Rights Watch accused Duterte of being involved in more than a thousand killings. It accused him of being what he said he was. In a television interview, Duterte responded by saying that the group should go ahead and file a complaint with the UN, and then he would show the world how stupid they are by killing them.

In 1989, a 36-year-old Australian lay minister named Jacqueline Hamill was held hostage, raped, had her throat slashed, and was shot during a prison riot in the Philippines. In April of 2016, during his Presidential campaign, Duterte, referred to the rape and murder of Jacqueline Hamill, saying, “I was angry because she was raped, that’s one thing. But she was so beautiful, the mayor should have been first. What a waste.” Yes, the mayor that he was referring to was himself. He thought he should have been the first to rape Jacqueline Hamill.

So what are the impacts to Rody’s ignorant and barbaric behavior?

It depends on whom we ask. During a recent social call on American Artist John Alexander, I asked him to describe Duterte. John described him as “A Post-Modernist Head Hunter.” That seemed reasonably artistic to me.

For China, Rody had to seem like a wonderful opportunity.

A week before the September 6, 2016 Asian Summit in Laos, Rody dramatically warned China that it would “face a reckoning” for its aggression in the “Philippine Sea.” Then, a couple of days before the summit, he switched over to his Anti-American rhetoric, demanding that the US stay out of Philippine domestic policy. After returning from the summit, Rody seemed to have experienced a Chinese-style epiphany. Rody then said that the Philippines remained committed to a peaceful solution to the conflict in the South China Sea, and he urgently advised “the US to not escalate matters in the South China Sea.” The wording sounded like vintage Chinese diplomatic dogma.

So what caused the wild vacillation in Rody’s passionate political opinions?

The Chinese government does not believe in the “prayer and meditation method” of achieving epiphanies. They do believe in cash and ruthless pragmatism in the shameless pursuit of unrestrained self-interest when conducting diplomacy. I can only wonder what China might have whispered to Duterte during the Asian Summit in Laos.

Any US President will have to worry about Rody Duterte’s wild behavior.

For his part, Rody seems thrilled at the prospect of taking advantage of the US desire to resist Chinese hegemony in the West Pacific. At the same time, he cozies up to China. Older Americans will recognize the similarity to the routine Cold War diplomatic dilemma. The US often showered cash and military equipment on pathetically bad despots in order to simply keep those countries from allying with the USSR.

My best guess is that this US administration and the next will try to deal with Duterte as best they can without being suckered into a spending competition with China.

Buying an ally with cash and free military equipment is never a sound basis for a reliable alliance. Buying that ally and only getting an enemy for your cash is worse. We in the US will have to dispassionately evaluate Rody Duterte and the Philippines and act accordingly. This is no time for the US to “lead with the check book.”