With the increasing number of terrorist attacks around the world, the public is becoming ever more aware that it’s wise to take precautions and think about safety measures. Today we welcome former CIA officer Doug Patteson of Inglorious Amateurs, who shares his insights and advice on precautions we should all take as a matter of habit.

Whether it is the recent suicide bomb in Manchester UK, or the 2003 The Station nightclub fire, or any number of other recent catastrophic events, we are reminded that we need to always be thinking about our security in public events and transitional spaces. Just because you are in an event or location with robust security, you should not ever take your safety for granted. 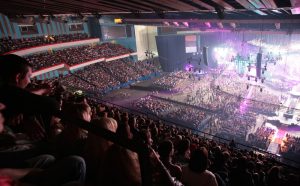 At events like the Manchester attack, we tend to think we are safe. The arena has security, no weapons are allowed, it’s a fun crowd out for a fun evening.

Attackers know these thing too and they tend to look for the weak points in security. In this case, the attacker chose a transitional space, a natural funnel between a primary exit from the arena, and the nearest public transport, the Manchester train station. He knew traffic flow from the concert would be heavy and concentrated. He knew the only likely security in the transitional space would be CCTV cameras (great for post mortem, not so hot for prevention). And he knew that by the nature of the transitional space, no one would think twice about someone loitering (waiting on friends? A train?) carrying luggage (it’s a train station entrance after all).

In 2003, The Station nightclub caught fire and was engulfed in smoke and flames in 5 ½ minutes. Of the 462 people in a club with capacity for only 404, 100 died and 230 were injured. When the fire began, people panicked and fled blindly, trying to exit through the one door they had entered, ignoring other potential exits.

A framework can be helpful in this process. Largely, the model below is familiar to most military or first responders as it is similar to the traditional OODA loop, or Observe, Orient, Decide, Act model of decision making. But, sometimes jargon gets in the way of understanding. So here is some simpler language.

For some reason, when we get around our friends, in a social situation, excited about our plans as they unfold, we stop paying attention to the world around us. When we are alone in public, we tend to pay far more attention to our surroundings. We feel alone, which often makes us feel insecure, less safe, but heightens our focus. Being in a group brings an often false sense of security, and a fair number of distractions.

Don’t let your guard down. Stay vigilant and pay attention to the world around your group. If something seems out of place, or makes you feel off, there is probably a good reason for it. Security professionals often call this situational awareness, which is a fancy way of saying understanding the environment and events you are in, in relation to time and meaning, what is normal and expected, and thus what is out of context and therefore noticeable. And if you notice something that looks out of place, or your spidey senses start tingling, an unattended bag or individual dressed inappropriately for the environment and looking uncomfortable, etc. let someone in authority know. 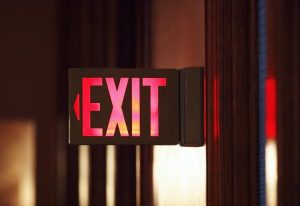 There is a reason flight attendants show passengers where the exits are. Statistics point to a significantly increased probability of surviving a plane crash if you know where the exits are. Virtually any public venue you go to will have multiple entrances/exits. Don’t just remember the one you went through to get there, learn where at least one of the others is.

In 2003, during The Station nightclub fire,  100 people died, 40 of them in the doorway they had entered through. There were three other exits in the building, and an entire front of windows that could have been broken to create egress points. People are creatures of habit, they like to go in the way they came.

Take a few minutes, look for the exits, talk it over with your group and have a plan in case you get separated or things go south.

If you are in situation where an event has happened (active shooter, plane disaster, ied), don’t panic. Stop, take a moment to assess the situation. Where is the threat? Is it ongoing? What are my escape options? Remember, you already learned where the various exits were. What is the crowd doing? Is there cover available to me? Or just concealment? Can I leave? Or is hiding my only option?

In the early days of active shooter training, the mantra was Run, Hide, Fight. Today that has been replaced with Avoid, Deny, Defend. In either case though, you need to take a little time to assess what is happening. Don’t freeze however, this is an active assessment informed by your previous knowledge of the area. You are making decisions about your next steps.

With your assessment in mind, action is now required. Can you safely and quickly leave the area? Which way? What is the crowd doing? There can be significant risk in following the crowd. Crowds can lead to deadly bottlenecks. In the case of a terrorist attack, one tactic we have seen applied is an initial attack designed to stun/assault a crowd, followed by a second, potentially larger attack, designed around a bottleneck of fleeing victims and/or first responders.

Are you responsible for others? Are they with you? Can you communicate with them? Did you set up a meeting place in case you got separated? Now is the time to execute on the plan you worked through earlier. For example, “We are going to head out that emergency exit on the north side of the stage. We will make our way back to our vehicle in section X of the parking lot.” Once you leave, get away from the threat zone. Remember, debris from an explosion can travel long distances. Don’t linger in the area.

Finally, what to do if you or a friend are injured?

Do you know CPR? ABCs (airway, breathing, circulation). Are they conscious? Talking? Take another moment now to assess their injuries. Have you taken any medical training or first aid courses? Do you know to apply pressure if they are bleeding? Do you have a med kit? I highly recommend you get one, get trained on using it, and carry it. Call 911 and, if necessary seek medical attention as soon as possible. 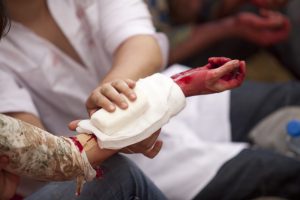 Look, I don’t want you to live your life in fear. That’s what the bad guys want, whether a bully, criminal or terrorist. Go out with friends. Attend concerts and movies. Travel. Live your life. I am only advocating that you go out in that life a little more prepared. A slightly harder target than the average person. Someone more likely to survive when faced with a deadly threat. Because you have taken the time to pay attention, assess, build a plan and be prepared to execute on it. 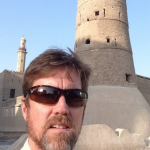 Doug is a former CIA officer with extensive overseas experience in Asia, Europe, Latin America and the Middle East. He is skilled in several foreign languages, personal security, tactical driving, counter terrorism tactics and small arms. He holds an MBA from Wharton and has worked in high tech, private equity and manufacturing. He regularly writes on business and intelligence topics for both web and print publications, serves as an on air SME for news and opinion shows, and consults/produces on film and television productions.

For more from Doug, please see his work at Inglorious Amateurs.