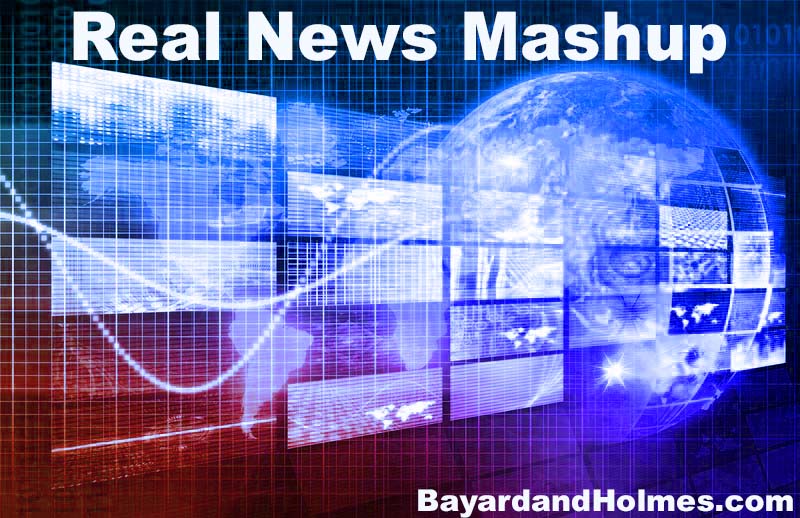 Real News Mashup is a compilation of articles that I consider to be interesting, informative, or both. Please feel free to share non-political articles of your own in the comments. Perhaps if we work together, we can combat the overwhelming propaganda we are bombarded with by mainstream media.

This post is a bit long, as I’ve been stacking up articles for a while.

Tony Mendez, “Argo” CIA Officer Who Smuggled US Hostages Out of Iran During Crisis, Dies at 78

Someone posted a video online of youngest senator Alexandra Ocasio-Cortez dancing. Social media exploded with outrage at the “conservative outrage” over her video. I noticed, though, that I didn’t actually see any of the conservative outrage that was the supposed source of all of this leftist outrage. Apparently, I’m not the only one who noticed.

Police Have No Duty to Protect You, Federal Court Confirms Yet Again

Something to keep in mind when considering personal security issues.

The world’s billionaires and their political minions are meeting in Davos, Switzerland this month.

In the past, the richest people were visible and had the responsibility of ruling nations. We called them kings and queens. Since democratic forms of government came along, the richest people have been able to outsource public appearances and the daily headaches of governing the masses to minions known as “world leaders.” We like to believe that media is above it all and holds these world leaders and their largely invisible billionaire backers accountable for their actions, but mainstream media is owned by those billionaire backers, so mainstream “news” reduced to agenda-driven propaganda.

And the rest of us? The handful* who own the world see us as the barnyard animals to be herded and juggled for their money-farming needs, i.e. “We need more cheap labor in Europe. Let’s get our minions there to push open immigration.” Sort of like, “We need more plow horses. We’ll introduce another twenty to the herd. It will take some time for the herd to adjust, but it will.”

Where in the past the owners of the world used religion to inspire the outrage necessary to get the mob going the right direction, now they use social buzzwords and politics.

Conspiracy? Not at all. Simply the organic alignment of personal interests.

*When I say handful, I mean handful. According to a recent report by Oxfam, only 26 people now own as much as 50% of the entire world’s poorest.

An excellent report on Chinese Military Power published by the US Naval Institute.

Does the US Face an AI Ethics Gap?

This article explores the Artificial Intelligence Ethics Gap in the Western world that impacts military defense. In other words, Communist China and other countries develop AI technologies in ways that are ethically prohibited in Western societies. Does this put Western societies at a disadvantage? It poses an interesting dilemma.

On Nobility and the CIA’s War in Afghanistan

An excellent piece on how collecting facts without thought is like doing steps without dancing.

OSS Training in the National Parks and Service Abroad in WWII

A fairly intense downloadable book on the history of the OSS and its relationship with the National Parks.

Yes. Really. Can’t make this up.

Likely hilarious to anyone who has served in the US Armed Forces.

Photos from the Moon’s Far Side: China’s Chang’e 4 Lunar Landing in Pictures

First pictures from the dark side of the moon. *queues up Pink Floyd*

A Darwin Award near miss, for sure.

Natural Beauty of Wildlife Beneath the Waves Revealed in Stunning Pics

The word “stunning” is generally overused these days, but it applies in this instance.

All the best to all of you for a week of stunning beauty.