The Implications of TIME and HR1 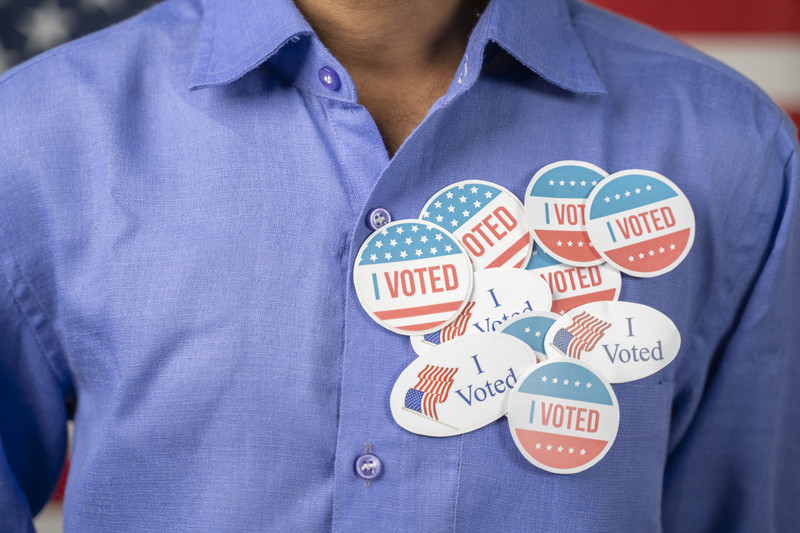 The TIME Magazine article, “The Secret History of the Shadow Campaign that Saved the 2020 Election,” lays out the moves of “a well-funded cabal of powerful people, ranging across industries and ideologies, working together behind the scenes to influence perceptions, change rules and laws, steer media coverage, and control the flow of information.” The entire article is written with the premise that the only way Trump could have kept the Oval Office was if he were to steal it. The cabal admits to working with leftist organizations to have an army standing at ready across the country to flood the streets with their special style of leftist protests if the cabal failed in securing the vote. Never-Trumpers say the cabal’s actions were, indeed, justified to stop what they call Trump’s assault on democracy. Others see the cabal’s manipulation of the election process and the press, while sadly not illegal, to be the very definition of an assault on democracy.

At this point, the vote, accurate or not, is already in the past for all intents and purposes, and the cabal won. The part that matters to all of us now is a single sentence toward the end of the article. “Podhorzer and his allies are still holding their Zoom strategy sessions, gauging voters’ views and developing new messages.” In other words, the cabal of progressive billionaires and their allies are still “working together behind the scenes to influence [our] perceptions, change [our] rules and laws, steer media coverage [that we rely on], and control the flow of information [that reaches us].” Whether one believes the election was secured or rigged, it was only the beginning for this progressive cabal.

So what comes next?

Many of the rules and laws that were changed in specific states are codified for the entire nation in a bill known as “H.R.1–For the People Act of 2019.” See the text HERE.

I want to be clear. I do not know IF this specific progressive billionaire cabal is actively steering the media and controlling the flow of information to manipulate the process around HR1. At the same time, these or similar changes to rules and laws on the state level contributed to the progressive cabal’s success.

Some of the provisions in HR1 are, in my opinion, good ideas, or at least harmless to election integrity. However, some arguably open themselves to widespread voter fraud, inviting the likes of well-funded cabals of powerful people to have their way with the American public. Let’s take a look at a few of these latter provisions.

This provision would allow people to show up at a polling place and register to vote on the spot.

On the up side, this would extend voting rights to people who just moved or who didn’t get it together to register before the election, even with the help of the automatic registration that is also provided in this bill at Division A, Title I, Subtitle A, Part 2.

On the down side, depending on how this is done and whether or not there are security measures taken, a person could show up at numerous polling places in the same voting season, register on the spot, and vote to their heart’s content.

Grants to States for Activities to Encourage Involvement of Minors in Election Activities–Division I, Subtitle A, Part 5, Sec. 1054

Under (a)(2)(B), secondary school curriculum in the State would be modified to promote civic engagement.

Best expression of this would be to cultivate active participation in our governing system. After all, the government is supposed to work on behalf of the voters, i.e., us, and not the billionaire cabals and their pet politicians. For the nation to function as a democratic republic, we all need to be active in the system.

Worst expression, this provision could be executed in a way that would be highly objectionable to students, parents, and taxpayers at large. Considering that the sort of politically one-sided civic engagement that public schools have indulged in in the past few years has already marginalized many politically-diverse students, more such activities could create or deepen divisions among classmates. This is particularly true during an era when people so easily suffer brain malfunction when faced with opinions and beliefs that differ from their own.

While this provision does not result in voter fraud in and of itself, unless public schools act as non-partisan facilitators for said civic engagement, which recent history would indicate is unlikely, such a provision could provide a platform for partisan indoctrination, and as all teachers and politicians know, the youth are the key to the future.

Voter Registration of Minors–Division I, Subtitle A, Part 10

This one is exactly what the title indicates. Anyone age sixteen could register to vote in Federal elections. They couldn’t actually legally vote in those elections until they are eighteen, but they could register.

Proponents would argue that this gets the kids involved in the political process while they are young.

That said, it can be argued there is no practical purpose in this whatsoever except to pave the way to allow sixteen-year-olds to vote in Federal elections, something that has been proposed by leftist politicians. Also, when combined with the voter identification requirement noted below, or lack thereof, this could create not a voter fraud hole, but a voter fraud crater.

Voter Caging and Other Questionable Challenges–Division A, Title I, Part 10, Subtitle C, Sec. 1201 amending Chapter 29 of title 18, United States Code, as amended by section 1071(a)

This section is almost as clear as mud, but not quite. Boiled down, one element of this section says that no one could challenge a person’s eligibility to vote based on their country of origin.

In its best light, it could protect naturalized citizens by preventing people from challenging their eligibility to vote simply because they were not born in the United States.

“The voting system shall not preserve the voter-verified paper ballots in any manner that makes it possible, at any time after the ballot has been cast, to associate a voter with the record of the voter’s vote without the voter’s consent.”

In the best case, this preserves the long term anonymity of the vote. That voting anonymity is important, particularly in this day and age when we have such extremist politicians, journalists, and celebrities advocating things like labeling all Trump voters as domestic terrorists, sending everyone non-leftist to re-education camps, and even hitting Trump supporters with drone strikes on American soil.

In the worst case, though, vote counts could be flipped through hacking the counting process at the point where the count is stored on the servers, and no one would be able to verify what the actual count was by going back to the voters.

Then it states that a challenge to a signature would require two election officials trained in signature verification to agree that there is a problem, and that the officials must make a good faith effort to notify the individual by mail, phone, or email to give them the opportunity to “cure such discrepancy, either in person, by telephone, or by electronic methods” within seven days.

We can all get behind signature verification, particularly with mail-in ballots.

On the other hand, the easiest way to commit voter fraud is with mail-in ballots. Currently in most states, election observers can contest ballot signatures. To require two trained election officials to agree to dispute a signature would cause a huge and immediate delay in the process. This onerous burden on election officials would likely lead most election officials to accept any scribble just to get through the stack of ballots. And if the officials did attempt to contact the voter to verify their signature, how could they verify that the person they contact is actually an individual voter and not an agent of an organization that might have committed fraud? How could they verify the identity of the person they call or email? And, so importantly, would this bill eliminate the ability of partisan observers to challenge ballots? In practice, this arduous process would virtually nullify the signature verification requirement.

Advocates of quantity of vote over quality of vote would point to the experts that say voter fraud is rare, and that this would be inclusive and extend democracy to the tiny minority of Americans who maintain their existence without banking services, social services, medical care, airplane travel, streaming services, liquor purchases, etc.

Anyone who values election integrity would say this creates the same voter fraud abyss for polling sites that the burdensome signature verification process creates for mail-in ballots. Voting free for all.

Many states purge voters from their rolls if they do not exercise their right to vote. That makes it easy to clean out the rolls of dead voters and voters who have moved out of state. If that purging is done in error, a person must re-register, something this law would allow them to do by simply showing up at a polling site, as noted above. With this provision, states would no longer be able to drop inactive voters from their rolls.

Proponents would say that this would prevent eligible voters from being dropped from the rolls due to voter inactivity.

Opposition would note that keeping dead and absent voters on the rolls lends itself to voter fraud. (See Chicago, Dead Voter Capital of the Nation.)

This provision would require candidates to provide their ten most recent years of income tax returns.

Personally, my only problem with this provision is that it is not inclusive enough. I would also require candidates to open their school records and provide the nationalities and espionage histories of their chauffeurs, mistresses, and IT support.

And, of course, I would require the names and nationalities of whatever well-funded cabals of powerful people are conducting shadow campaigns that control the flow of information on behalf of those candidates or against them.

What are your thoughts on the TIME Magazine article and/or HR1? Are there other provisions in HR1 that give you pause, and why? What are your concerns about the influence of powerful cabals on our election process?

Please keep all comments civil, no personal insults, and do not name specific politicians. We don’t want to behave like the cabal-steered media. 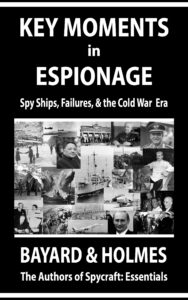 With the voice of over forty-five years of experience in the Intelligence Community, Bayard & Holmes explore key moments in the history of espionage with a review of spy ships, an assessment of epic intelligence failures, and a look at specific elements of the Cold War Era.

•A brief history of spy ships.
•A timeline of the USS Liberty incident.
•A review of the USS Pueblo incident.
•Hitler, Stalin, Mussolini, and the failed Operation Barbarossa.
•The South’s fatal miscalculation.
•The greatest US intelligence failure of all time.
•Andrei Tupolev and the flight of the Konkordski.
•The U-2 incident.
•Lesser-known Cold War Era battles.
•Vladimir Putin, the living legacy of the Cold War.