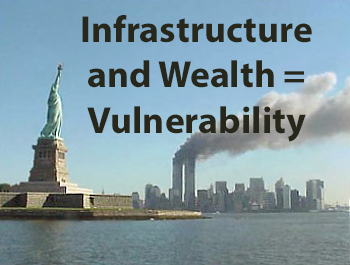 Whenever media pundits discuss terrorism, they often mention the term “Roots of Terror.” Usually, the term is used when someone is trying to make the case that every given instance of terror throughout history has sociological roots. In this series of articles, we use the term “Roots of Terror” in a more direct historical sense, as we will look at specific terrorist events spanning from the first century AD through various global terrorist endeavors, terrorism in the Middle East, and current terrorist events.

We will not address all of the terrorist events during that time span. To do so would require a series of books that would resemble a printed fifty-volume reference encyclopedia. You would not take the time to read it, and we would not live long enough to write it.

We will, however, cover numerous interesting terror events and look at some of the people involved. We will also investigate some of the oft-ignored inter-connectivity between many seemingly-unrelated terror groups and their attacks across many decades. Holmes will tell you his conclusions and opinions, and readers will be free to form their own conclusions and opinions. We’re not Facebook. We won’t cancel readers who appear to disagree with us. In fact, we appreciate thoughtful civil discourse.

While there is currently no universal definition of “terrorism,” the Oxford Dictionary defines terrorism as “the unlawful use of violence and intimidation, especially against civilians, in the pursuit of political aims.” The definitions of “terrorism” and “terrorist” have shifted over time, even at one point during the Cold War referring specifically to Russian subversionists or the French during the Reign of Terror (see Webster’s Encyclopedia Unabridged Dictionary of the English Language, 1989).

However, the common factor in definitions of “terrorism” is the use of violence and/or intimidation in the pursuit of political goals.

Using violence or threats of violence in anything like a terrorist fashion to achieve political goals undoubtedly predates history. However, early instances of terrorism were limited in their methodology and scope. For example, in 100,000 BC, if Ogg’s hunter gatherer tribe wanted to force Grub’s hunter gatherer tribe out of a particularly attractive hunting area, the available terror tactics would have been very limited. They likely would have been for Ogg’s tribe to attack Grub’s tribe in direct warfare, and Grub’s tribe would have been free to respond in kind. Ogg’s tribe would not have had the option to blow up Grub’s tribe’s infrastructure for two reasons. First, Ogg’s tribe had no bombs and could not construct any, and second, Grub’s tribe had no infrastructure to blow up. The best Ogg’s tribe could hope for was to catch Grub’s tribe sleeping. Once the first skull was crushed, the fight was on.

This leads us to a fundamental truth of terrorism:

The more infrastructure and material wealth a given society has,

the more vulnerable it becomes to terror tactics.

During the age of the Roman Empire, various Roman factions frequently used assassinations, extortion, and blackmail to influence competing Roman political and economic groups as well as foreign competitors. Except when dealing with foreign groups, Romans tended to be precise and efficient in their use of terror tactics. 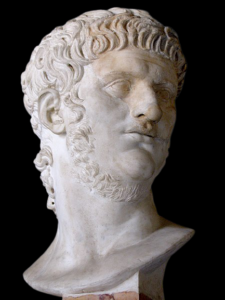 An assassination plot had been hatched against Emperor Nero. Nero survived the plot, but he knew that he would remain unpopular with the Roman Senate.

Nero claimed to believe that his most trusted adviser, Seneca, was implicated in the plot. The historical evidence leans toward Seneca’s innocence, but Nero likely saw him as a good candidate for setting an example. Seneca had spent much of his adult life trying to teach Nero to be a more ethical leader. Nero had often found Seneca’s ethical theories and his popularity among the movers and shakers of Rome to be most inconvenient. Nero ordered Seneca to commit suicide.

Seneca’s death seems to have had the desired effect. The Senate remained intact, but the senators were terrified. The senators knew that if Nero could so easily order Seneca’s suicide, they might be next. Nero wanted more than just Seneca’s elimination. He wanted Seneca’s death to spread fear through the Roman Senate. Nero’s terrorist attack was small, precise, and it at least temporarily achieved the desired result.

By the eleventh century, mankind was more advanced in its ability to organize murder and mayhem for the manipulation of the various rulers and ruling classes, and terrorism became an international endeavor.

The Hashshashin were organized in Persia, an area now in modern-day Iran, by 1090 AD.  They operated in mountainous areas where the Persian government had trouble exercising effective control. Their basis for organizing themselves was religious. They were a splinter group of the Shia Muslim religion and, therefore, opposed the contemporary Shia rulers of Persia, whom they saw as being impious and unjust. 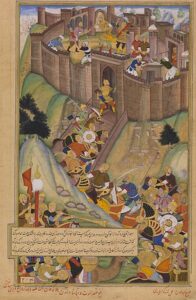 It is likely that the Hashshashin had been quietly organizing for several decades, but in 1090, they became famous when their first chief, Hassan al-Sabbah, saw the need for a strategic and defensible base from which to expand his operations. He led a successful surprise attack on the Persian stronghold at Alamut Castle.

Hassan lacked a force large and strong enough to attack the castle straight on. What he did have in abundance, though, was an excellent education, a bright mind, and a world view informed by his travels from Egypt to Persia. Since he lacked an adequate force for attacking the castle directly, he relied instead on a patient and subtle strategy.

In 1088, Hassan and a band of his followers infiltrated the local towns near the castle. They slowly worked on subverting the society and turning the locals’ antipathies against the owner of the castle. Over time, this approach succeeded, and Hassan’s band was able to gain the cooperation of members of the castle’s garrison.

Once Hassan was certain of adequate support from within the castle garrison, he infiltrated the castle, and with little bloodshed, he captured it from the local king in residence. After securing the castle, Hassan used it as his command center and a center for study and recruit training.  In time, he became known as “The Old Man of the Mountain.” Due to the stubborn ignorance of the Shia leaders in Persia and their violent internal power struggles, the Hashshashin were able to prosper and remain secure in the mountains.

In a reversal of the modern relationship between Iran and Syria, the Hashshashin acted under the patronage of the rulers of Syria to carry out terror activities in Persia and, in time, across the Middle East.

One of the important differences between the Hashshashin and typical modern-day Middle East terrorist organizations is that the Hashshashin were well-trained and well-educated, and they sought to act efficiently with pinpricks against the leadership of their opponents. By being able to deliver on threats of surgical assassinations, they impacted Middle Eastern politics until their eventual defeat at the hands of the Mongols in 1256 AD.

The Hashshashin were the first famous international Middle Eastern terrorist group, but certainly not the last. In future articles, we will examine a variety of infamous Middle Eastern terrorist groups, as well as terrorists and terror groups from around the globe, including Guy Fawkes, the US revolution, France’s Reign of Terror, the Tricontinental Conference in Cuba, and more.

Do you have any questions about terrorism that you would like us to address in this series?