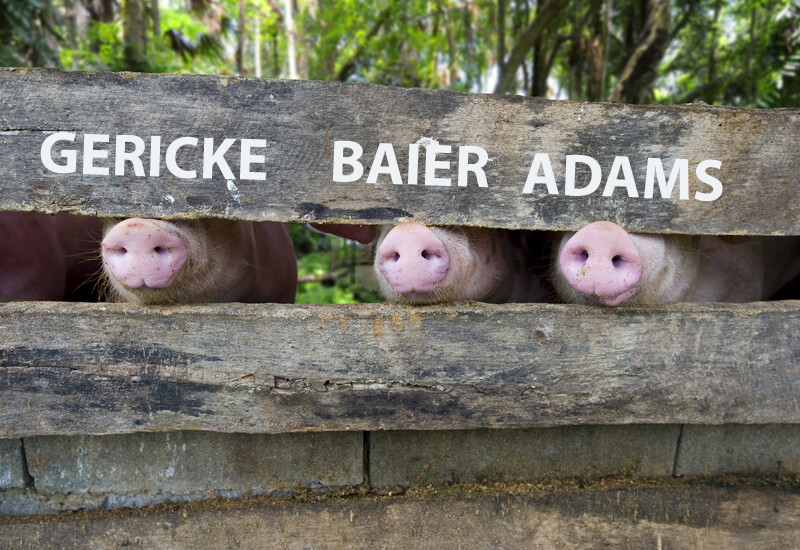 On September 14, 2021, the US Justice Department released a statement concerning two ex-US Intel employees and one ex-US Military employee who were caught committing two very serious crimes. (See Three Former U.S. Intelligence Community and Military Personnel Agree to Pay More Than $1.68 Million to Resolve Criminal Charges Arising from Their Provision of Hacking-Related Services to a Foreign Government) According to the Justice Department, Marc Baier, Ryan Adams, and Daniel Gericke, a.k.a. the Three Little Spy Pigs, illegally exported classified hacking tools to the United Arab Emirates (UAE). That’s a very serious crime. They also helped the UAE to use these tools to spy on a variety of people, including US citizens and legal residents of the United States. That’s another very serious crime. They may have committed other crimes, as well, but thus far, the facts of the case remain vague.

There is much we would all like to know about this case.

Who were the victims?

Did the piggies and the UAE spy on a political party?

Did they spy on a political campaign?

Did they spy on banks in the United States or elsewhere?

Did they obtain information that would have enabled profitable insider trading schemes by US corporations, foreign parties, and/or themselves?

When information was obtained, with whom was it shared?

The UAE government seems to have been a beneficiary, but who else received information?

Did Iran, North Korea, the PRC, Russia or any other government receive the illegally-obtained information?

The possibilities are vast, but the information released by the Justice Department remains scant.

Thus far, prosecution has been postponed in lieu of a $1.6 million financial penalty and an agreement that bars the three pigs from working in cyber activities and ever applying for another security clearance. The pigs have also agreed to “fully cooperate” with the US government.

But why have the piggies not been placed in a suitable pig pen,

such as the Federal Super Max Prison in Colorado? 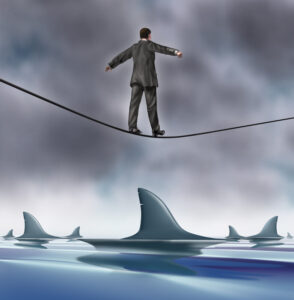 Why no vacation to a quiet resort in Guam or that lovely US Government Health Spa in Guantanamo? We would love to know. Personally, I’m a big fan of sending wayward pigs to Guantanamo for some well-deserved fun in the sun. Sharks are feasting there right now, and they love feeding on pigs who swim too far from shore.

Given the Justice Department’s track record over the last decade or so, one might be tempted to assume that a political cover-up is being conducted here. It’s happened before, so it could happen this time, as well. If this particular crime ring is intelligent, their first collecting efforts went toward gaining some insurance for their future freedom and safety. Knowing what powerful members of our government do with their 23 1/2 hours of free time each day and keeping that information safe and retrievable would leave any criminal in a better position to negotiate with prosecutors.

That’s one possibility. It’s understandably an easy conclusion to arrive at given the political climate in the Justice Department, but other, less nefarious explanations are also possible.

It could be that the Justice Department simply did what is in the best interest of the United States by gaining full cooperation of the three spy pigs in question. These particular porcine critters might well have accumulated massive data bases that would be highly valuable to the US Government for purposes of National Security and crime fighting.

Here’s hoping that the latter explanation is the accurate one.

If information is being used for legitimate purposes within the interests of national security rather than for political cover-ups, then we can’t blame the Justice Department and other branches of government for not exposing valuable information.

And herein lie the important questions. . . .

Who gets to decide what constitutes a legitimate purpose, and who guards the hen house from the fox, or in this case from a pig attack? These questions concern all US taxpayers.

As for the answers, only time will tell, and even then only partially. This case will be worth remembering in the future. 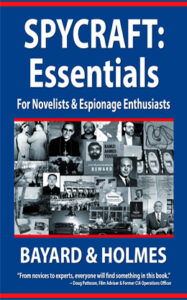 With the voice of over forty-five years of experience in the Intelligence Community, Bayard & Holmes answer these questions and share information on espionage history, firearms of spycraft, tradecraft techniques, and the personalities and personal challenges of the men and women behind the myths.

“From novices to experts, everyone will find something in this book.”